The Ultimate Guide to Glaucoma Surgery 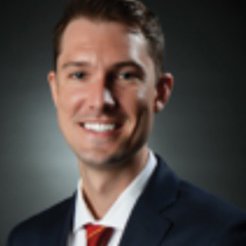 Use this comprehensive guide to gain knowledge on the currently available surgical procedures and techniques for glaucoma as well as some pre- and postoperative management strategies. 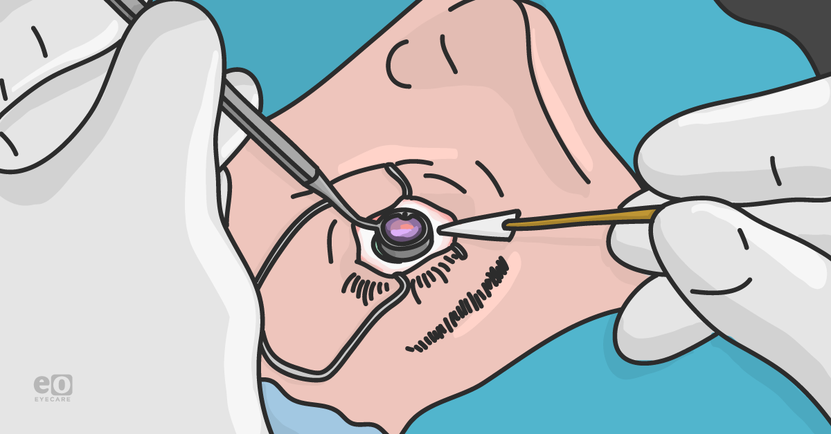 Glaucoma is one of the leading causes of blindness in the world. While there are many risk factors for the development of glaucoma, including age, genetics, race, and ethnicity, the only known modifiable risk factor is lowering the intraocular pressure (IOP). Many patients may reach their target IOP through conservative treatments, such as eye drops or in-office laser procedures; however, those with persistently elevated IOP despite maximally tolerated eye drops, or those with certain types of secondary glaucoma, may require incisional surgery.

The vast majority of glaucoma surgeries lower IOP by increasing aqueous outflow, either through decreasing the resistance to outflow through the trabecular meshwork and Schlemm’s canal (e.g., goniotomy, canaloplasty, iStent, Hydrus) or creating a new outflow channel (e.g., trabeculectomy and conventional glaucoma drainage devices). Recent advances have targeted new systems, such as the uveoscleral pathway (i.e., CyPass). Finally, the amount of aqueous produced may be decreased through targeting the ciliary body (e.g., endocyclophotocoagulation).

Throughout this guide, we will review currently available surgical procedures and techniques for glaucoma. It is important to note that there are substantial differences in surgical technique amongst surgeons, and techniques may even vary by the surgeon based upon eye characteristics. Additionally, while some pre- and postoperative management strategies are covered, this guide does not include all nuances of perioperative management.

Trabeculectomy, one of the oldest glaucoma surgeries, remains one of the most effective glaucoma surgeries for lowering IOP, and, despite advances in implantable devices and MIGS, its utility in glaucoma management remains pivotal. During a trabeculectomy, a fistula, or pathway, is created through the angle and sclera to allow aqueous humor to flow from the anterior chamber into the subconjunctival space. The accumulated fluid forms an elevated subconjunctival fluid-filled pocket called a bleb and is taken away by the conjunctival and episcleral vascular and lymphatic systems.

The amount of aqueous humor that egresses can be titrated intraoperatively by adjusting the size of the ostium and the tension of a partial-thickness scleral flap, which covers the ostium and can be adjusted postoperatively through laser suture lysis (LSL) of the flap sutures or with the use of releasable sutures.

As the eye heals, scarring within the bleb typically occurs, leading to an elevation in IOP. The risk of scarring can be reduced during the procedure by utilizing an antimetabolite, such as mitomycin-C (MMC) or 5-fluorouracil (5-FU), and can be managed post-operatively through bleb needling with or without the use of antimetabolites. The nuances of trabeculectomy surgical technique are essential as the immediate and long-term surgical success of trabeculectomies depends on a delicate balance between IOP lowering and hypotony, conjunctival thinning and scarring, and other factors.

There are many things to consider when selecting good trabeculectomy candidates. Trabeculectomies are one of the few glaucoma surgical procedures that, if successful, can allow for IOP in the 5-15mmHg range and are helpful in patients with low IOP targets. Given the relatively higher risk of intra- and postoperative complications compared with other glaucoma surgeries—such as suprachoroidal hemorrhage, hypotony, bleb leakage, and blebitis/endophthalmitis—a trabeculectomy may not be necessary for patients who do not require lower IOP targets.

Patient demographics play an essential role in trabeculectomy consideration, as trabeculectomies are less successful in patients who are younger and are less successful in certain races and ethnicities (mainly in black and Hispanic patients) due to the increased propensity for conjunctival scarring and bleb failure in these patient populations.1 Conjunctival health is important to create a good bleb, and trabeculectomies are often avoided in patients with a history of conjunctival surgery.

While trabeculectomies can be utilized in both open and closed-angle glaucoma types, they should be typically avoided in patients with intraocular inflammation (e.g., uveitic glaucoma) and those with a propensity towards scarring and adhesion formation (e.g., neovascular glaucoma, ICE syndrome).

As with most glaucoma surgery, trabeculectomy may be performed with either local anesthesia, moderate sedation, or general anesthesia. For patients not undergoing general anesthesia, a retrobulbar or peribulbar block may be performed, though care must be taken to limit the amount of anesthetic injected so as to not cause posterior pressure on the globe. The eye is surgically prepped, and a partial-thickness superior corneal traction suture is placed.

Typically, a 2-3 clock hour incision, called a peritomy, is created, and through this incision, the conjunctiva is carefully and meticulously dissected off bare sclera to ensure no remaining Tenon’s capsule. The conjunctiva should be handled delicately with appropriate conjunctival forceps (ideally non-toothed, non-serrated) to avoid tearing. A large area is dissected laterally and posteriorly to ensure good bleb formation. Hemostasis should be maintained through cautery.

After the conjunctiva and Tenon’s are dissected off the bare sclera, MMC or 5-FU can be applied to the subconjunctival space for a fixed period of time (typically 30 seconds and up to 5 minutes). We prefer using MMC with a concentration of 0.2 to 0.4 mg/mL and applying it for 1 minute. We find creating small pledgets from cut Weck-Cel sponge tips to be useful for this purpose. The pledgets are then removed, and the area is irrigated copiously. Alternatively, the antimetabolite can be applied as an injection prior to conjunctival flap creation. Care should be taken to avoid touching the antimetabolite to the cornea and limbus.

4) Creation of a scleral flap

A partial-thickness scleral flap is then created near the limbus. A variety of scleral flap sizes and shapes (e.g., triangular, rectangular, square, or trapezoidal) can be created depending on surgeon preference. The scleral flap is outlined via a partial-thickness incision (approximately 50% thickness). A flap is created through lamellar dissection. Dissection is continued anteriorly until the bluish-gray zone of the limbus is reached, such that a hinge remains at the limbal edge of the flap. Care should be taken to keep the flap thickness equal throughout.

5) Entry into the anterior chamber and ostium creation

This is the part of the surgery that gives “trabeculectomy” its name, but it is a misnomer! Most pieces of tissue contain a combination of sclera, limbus, and angle structures (somehow, “keratosclerotrabeculectomy” doesn’t have the same ring to it). After the ostium is created, a peripheral iridectomy may be performed by pulling a small amount of iris tissue through the ostium and excising it with scissors.

Once there is open communication with the anterior chamber, the scleral flap must be tied down rather quickly with non-absorbable sutures. If the anterior chamber becomes shallow or flat, it can be reformed by using balanced salt solution (BSS). Because of the need to rapidly suture the flap, some surgeons prefer to pre-place sutures prior to entering the anterior chamber and tying the suture knots afterward. The knots are rotated to avoid erosion through the conjunctiva. The tension of each suture must be carefully considered, as too tight of a flap won’t allow for any fluid egress, and too loose of a suture will lead to over filtration and hypotony. At least two flap sutures are placed; however, more sutures may allow for more control postoperatively.

Some surgeons prefer to tie these sutures with releasable knots; other surgeons prefer to place standard knots and sever the sutures afterward using transconjunctival laser suture lysis. The flow through the scleral flap can be tested by injecting BSS into the anterior chamber and monitoring the amount of fluid leaving the eye, and palpating the tension of the eye once it reaches homeostasis. It is not uncommon to cut and replace the sutures if it is determined they are too tight or loose.

Conjunctival closure is an incredibly important step and failing to inadequately close the conjunctiva may lead to bleb leakage which could cause infection or hypotony. The conjunctiva is approximated using absorbable or non-absorbable sutures and partial thickness scleral and/or limbal suture passes. If a fornix-based flap is utilized (meaning a limbal peritomy was performed, enough horizontal tension must be present at the limbus to ensure no bleb leakage. Bleb closure can be tested by indirectly inflating the bleb by injecting the anterior chamber with BSS. The wound may also be tested with fluorescein strips.

Several devices have been developed to limit the risk of hypotony by inserting an implant with a fixed ostium size. These devices may also cut down on procedure time and variability by modifying the crucial step where a block of scleral tissue is resected and the flap is sutured. EX-PRESS Glaucoma Filtration Device (Alcon Laboratories, Inc., Texas, USA) and XEN gel stent (Allergan, Inc., Dublin, Ireland) are two FDA-approved implants. The EX-PRESS device is a stainless-steel implant that is inserted into the anterior chamber through the scleral at the limbal edge. Due to the risk of erosion through the conjunctiva, surgeons may prefer to create a scleral flap to cover the device.

XEN gel stent may be implanted either via an ab interno (meaning the device is injected from the anterior chamber into the subconjunctival space, avoiding the need to open the conjunctiva) or ab externo approach. Since the stent may kink or encapsulate on Tenon’s capsule, requiring postoperative needling, some surgeons have begun to prefer an ab externo approach, where a conjunctiva peritomy is performed, and the conjunctiva is dissected off of bare sclera prior to the stent being injected from the sclera into the anterior chamber.2 Similar devices may be available in the US soon, including InnFocus MicroShunt (Santen, Osaka, Japan).

Non-valved tubes require modifications to prevent hypotony until a fibrous capsule forms around the external reservoir, which typically takes about 4-6 weeks. Compared with trabeculectomies, surgical success is less dependent on the presence of conjunctival scarring, and the devices may be placed in eyes with prior conjunctival surgery (including prior trabeculectomy), and they can be placed inferiorly. Multiple tubes may be placed within a single eye. Most commonly, the primary tube is placed superotemporally, and secondary tubes are typically placed either superonasal or inferonasal—the inferotemporal quadrant is usually avoided as it has the most exposure, resulting in a higher risk of tube erosion due to more lid movement over the subconjunctival portion of the tube3 and poor cosmetic results.

Local, conscious sedation, or general anesthesia may be performed, with or without a peri- or retrobulbar block. A partial-thickness corneal traction suture is placed at the limbus on whichever quadrant the device is to be implanted.