Living the Laser Life: The OD and MD Perspective 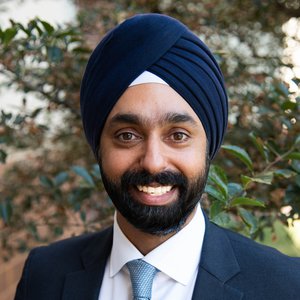 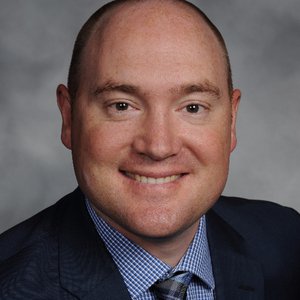 In this talk from Eyes on Glaucoma 2022, Dr. Paul Singh and Dr. Nathan Lighthizer review the clinical evidence and share their case experience regarding SLT as a first-line treatment for open angle glaucoma. 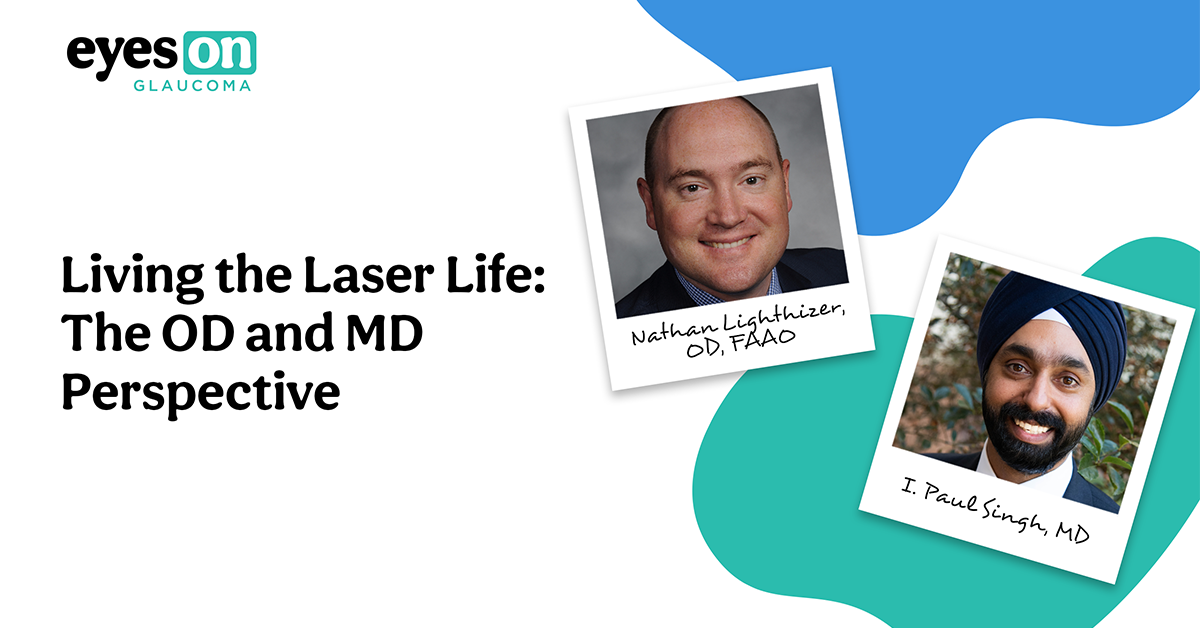 On June 10-11, eyecare practitioners from all over the world gathered online for Eyes On Glaucoma 2022, a two-day educational event all about glaucoma disease diagnosis, treatment, and management.

With so much fantastic education happening at once, we knew that people had to choose which sessions to attend. So over the next few months, we'll be releasing much of the excellent content from Eyes On Glaucoma for you to watch at your leisure—whether for the first time or to review important learnings!

Scroll down to unlock this recording of Dr. Paul Singh and Dr. Nathan Lighthizer's lecture on SLT as a first-line treatment, and don't forget to check out our list of future events!

Please note that these videos are provided for review only.

With the advent of lasers, MIGS, and drug delivery systems, no one can deny there has been a technology explosion when it comes to the treatment of glaucoma. However, laser peripheral iridotomy (LPI) has been utilized in various forms of glaucoma for decades—with argon laser trabeculoplasty (ALT) being introduced in 1979 and selective laser trabeculoplasty (SLT) coming into play in 1995. Each is accepted as a relatively safe procedure performed by ophthalmologists nationwide and optometrists in certain states that allow ODs to perform anterior segment laser procedures.

Recently, evidence and arguments have emerged regarding SLT treatment as being historically underutilized and proposing it should be considered first-line therapy. Paul Singh, MD and Nathan Lighthizer, OD review the evidence.

Though the biggest issue with glaucoma eye drops is patient noncompliance, there are some in-office issues that make drops less appealing than other therapies as well. These include coordinating dosing schedules with multiple OHT prescriptions, cost, side effects (some serious), and drug interactions as well as the required number of office visits and associated staff time. One study cited technician times were decreased by 4 minutes per patient with the reduction of one bottle of drops and by 5 minutes per patient with the reduction of two bottles.

When it comes to patient noncompliance, there are a multitude of reasons that lead to inconsistent use of glaucoma drops.

Several large studies found that, in an average of 50% of patients, glaucoma and dry eye coexisted. Drops can aggravate the ocular surface leading to a range of dry eye symptoms including tearing, burning, pain, redness, and photophobia. In addition, many glaucoma patients present with a complaint of fluctuating vision; this is nearly always the result of DED.

This is especially concerning considering another study published on Acta Ophthalmologica found DED to be a common reason for discontinuation or inadequate adherence to glaucoma treatment.

SLT as a first-line treatment

The side effects of drops and inclination toward noncompliance often lead to fluctuating IOPs which contribute to glaucoma progression, increased nerve fiber fragility, and visual field loss. This warrants suggesting SLT to patients as a primary treatment.

When doing so, stress that SLT is essentially a rejuvenating beam of light, covered by insurance, that will help the eye reclaim its normal and natural mechanisms. Referring to the laser as a beam of light alleviates patient fears.

However, in SLT, this particular “beam” is a green Nd:YAG laser with the following characteristics:

The larger beam diameter with SLT reduces the need for focus and evenly distributes the laser energy. But what separates and elevates SLT from ALT is the 3-nanosecond pulse, which eliminates scarring. This means the procedure can be repeated and repeated; it is not remiss to consider it as an annual therapy.

Over the years, SLT has proven to be appropriate as a first-line treatment for a range of glaucoma patients, including:

The proof is in the IOP

During the LiGHT trial, 652 patients were randomly assigned either drops or SLT—323 received drop while 329 were administered SLT. At 36 months, 74% of the SLT patients had reached target IOP and were drop-free. Also, the SLT group suffered five times fewer aesthetic side effects and ocular allergic reactions to their counterparts. More importantly, although the groups had similar starting IOPs, there was less progression in visual field loss, which is believed to be linked to the failed compliance of the drop users long term.

As for post-operative care conclusions with SLT, the preference is split three ways with some doctors preferring to prescribe nothing, others opting for steroids, and still others choosing a five-day course of NSAIDs.

In addition to its therapeutic benefits, SLT may offer diagnostic guidance as well. Pre-operative to other procedures, SLT may help locate the point of resistance. One can deduce if SLT works, the mean resistance is primarily at the level of the trabecular meshwork. If SLT is not effective, it indicates the main area of resistance is likely in the canal or duct.

The low rate of glaucoma eye drop compliance and many common side effects, including DED, often lead to IOP fluctuation and glaucoma progression. As SLT is safe, has a high efficacy in the majority of patients, is covered by insurance, and can be repeated, it merits being considered a primary treatment–especially as it can lead to improved quality of life.

In looking at which first-line treatment to choose, it is important to change the paradigm of what “controlled glaucoma” actually means. In addition to IOP, VF, and optic nerve head stability, take into consideration the likelihood of compliance and how the specific glaucoma treatment will affect the patient daily. This requires taking into account their age, severity, expectations, activity level, lifestyle, etc and determining if eliminating the inconvenience and potential discomfort of drops will enhance their day-to-day.

Moving forward, keeping patient satisfaction at the core, SLT should emerge as one of the earliest courses of action for nearly all individuals in which glaucoma is discovered.

For more on living the laser life, check out “The Ophthalmic Laser Handbook,” co-authored by Dr. Lighthizer with content from Dr. Singh and many other top doctors in laser treatment!

About I. Paul Singh, MD

More by I. Paul Singh, MD

Born and raised in Bismarck, ND, Nate Lighthizer, OD, FAAO, is a graduate of Pacific University College of Optometry. Upon graduation, he completed a residency in Family Practice Optometry with an emphasis in Ocular Disease through Northeastern State University Oklahoma … 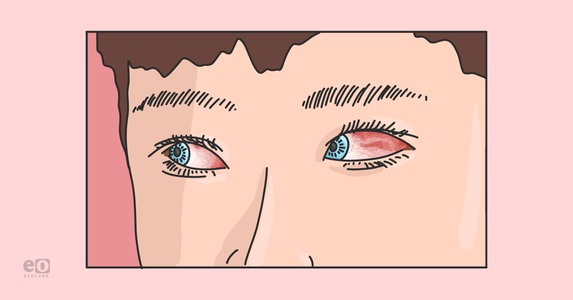 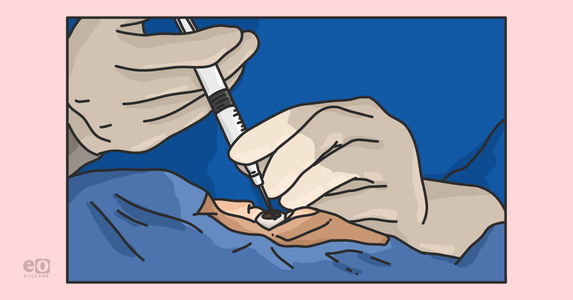 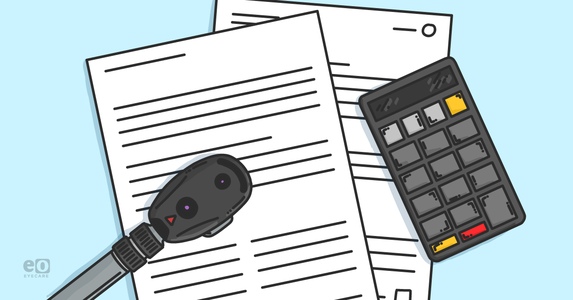