This is editorially independent content
6 min read
As we rethink our ability to manage myopia, we should rethink the way we describe the condition to both patient and payer. Here are guidelines—with ICD Codes—to help. 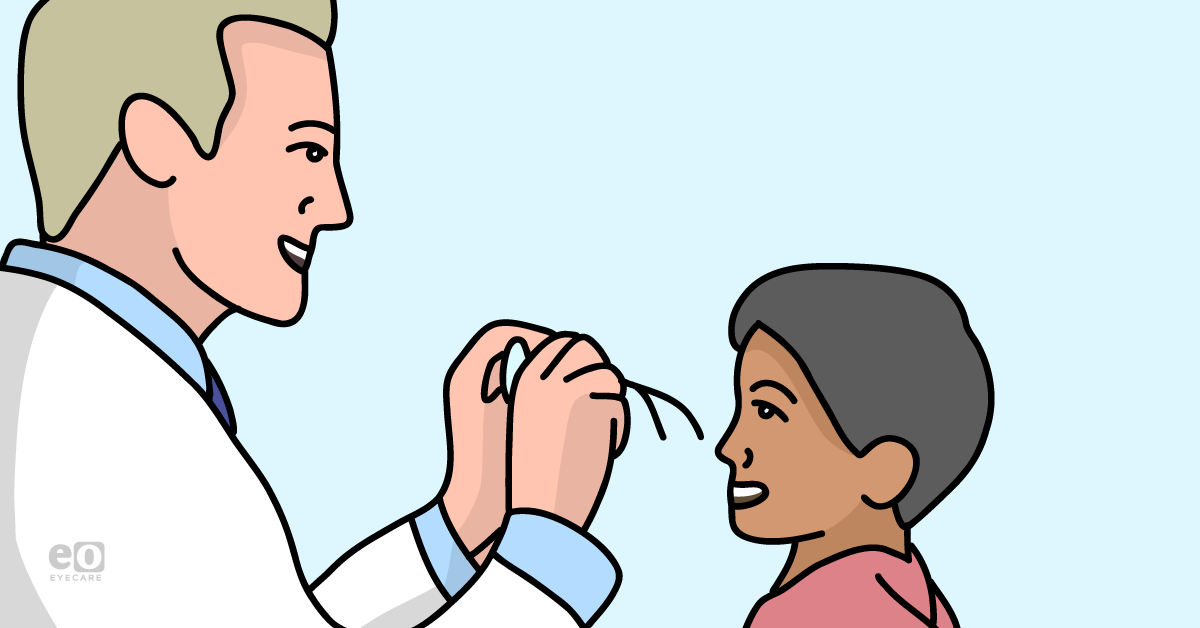 Managing myopia has been central to eye care for centuries. Pinholes, squinting and prescribing standard (think single vision) glasses or contact lenses help a patient manage their myopia by eliminating the symptom of blurry vision. Fortunately, our understanding of the pathophysiology of myopia onset and progression continues to improve—as does our ability to manage myopia beyond correcting the blur we classically call myopia.
We can now employ treatments that not only correct the patient’s symptomatic blur but also slow down the progression of the underlying cause of that blur, axial elongation. As we rethink our ability to manage myopia, we can rethink the way we describe the condition both to a patient and payer.

Is myopia simply a refractive condition?

I gave my first lecture on myopia management in 2014! I have had the pleasure of speaking across the country on the topic so many times since then that I have lost track. One of the most interesting things I have learned through interacting with our colleagues is the box that optometrists have placed myopia in. We commonly consider myopia “refractive” or “routine” which both mean that the management of myopia falls under the purview of the “Managed Vision Care Plan”. It may be best described by utilizing ICD-10 codes that are considered “medical” rather than refractive.

How much specificity do we need?

When we code for an examination, we want to be as specific as possible in describing what conditions we are managing by our ICD-10 codes. This communicates the complexity of the patient to a payer.
Before we get into dissecting myopia, we can consider an analogous situation in a patient who is hyperopic secondary to a short axial length. In this clinical situation, it would not be uncommon for us to see anterior chamber angles that are grade 2 or shallower. If that is the case (van Herick grade 2), the AOA Clinical Practice Guidelines recommend that we perform gonioscopy prior to dilation.
In order to communicate this complexity, we would likely utilize H52.03 to describe the refractive state and H40.033 to describe the narrow anterior chamber angle. This would subsequently establish medical necessity and appropriate reimbursement for performing gonioscopy as well as any indicated follow-up visits.

What clinical findings of myopia are related to a pathological condition?

Let’s consider the code we typically use to describe myopia in the chart, H52.13. This is a “refractive state,” but are there other things going on that lead to that refractive state that may allow us to more completely describe the patient’s condition? It is obvious to most clinicians that high myopia (mainly through axial elongation) leads to an increased risk for secondary eye diseases like glaucoma, myopic maculopathy, and retinal detachment.
However, these previously cited studies show that even small amounts of axial lengthening can lead to visible fundoscopic changes around the posterior pole and peripheral retina.
Often, clinicians can become complacent that these changes are only mild, and if the patient has a small myopic refractive error (eg < -2.00) the retinal findings are somehow a variation of normal. If we only think about myopia as a refractive condition, we may be more inclined to identify early disease. Some of the common clinical findings of even mild increases in axial length include a myopic crescent or lattice degeneration.
If we think about myopia as a primarily medical condition with a refractive implication (myopic blur), we can be sure to identify more specific ICD-10 codes and early associated diseases.

Generally speaking, the prevalence of glaucoma in a patient over the age of 40 in the United States is approximately 2.1%. We also know that there are specific genetic and race risk factors that increase this risk. For example, the prevalence of glaucoma in a non-Hispanic white population is between 1.4%-3.4%, but in an African-American population, it is nearly double that number.
This doubling of risk in the African-American population means that over the age of 40 there is a 1 in 20 chance of developing glaucoma and a patient in this population would, by many standards, be considered a glaucoma suspect. We would also appropriately utilize H40.013 to identify that risk in the patient's medical record and also establish medical necessity for follow-up evaluations and testing as indicated.

Myopia is a risk for glaucoma.

When we think about risk for secondary diseases, these small retinal changes due to axial elongation are not simply a normal variation but rather an indication that an associated condition is more likely to be present. If we continue to use glaucoma as an example, a 2 diopter non-Hispanic white myope has nearly twice the risk as an emmetrope of developing glaucoma. This is a similar increase in risk to what we see with African American populations. Once again, we may appropriately identify them as a glaucoma suspect and assign H40.013 in their medical record.

Outside of glaucoma and other secondary associated eye diseases, we will have clinical findings that are reflective of the pathophysiological axial length changes seen in patients with the refractive state of myopia. Keeping these in the medical record can be helpful for internal tracking, disease management, and billing purposes. A non-exhaustive list includes:

If you document every encounter for every specific patient appropriately and specify the clinical conditions you are managing, you will find that you have the opportunity to better serve by attending to the potential secondary ocular diseases that stem from myopia. This will also allow you to communicate your value directly to a payer.
Eyes On Eyecare has partnered with EyeCode Education to bring our members the best in coding and billing education!
About Christopher Wolfe, OD, FAAO, Dipl. ABO

Dr. Wolfe has a passion for education. He is a co-founder of KMK Board Certification Review Services, a company specializing in preparing Doctors of Optometry to take the American Board of Optometry examination. He is the founder of EyeCode Education, a company specializing in clinical and billing education. Dr. Wolfe is a fellow in the American Academy of Optometry and a Diplomate of the American Board of Optometry. He also has special interests in therapeutic scleral contact lenses to correct visual distortions in patients with corneal diseases. Dr. Wolfe is an avid runner and most of all, he enjoys spending time with his wife Jaime, daughters Ryan, Paityn, Camryn, Logan, Maisyn and sons Lincoln, Deacon, and Benton.