Why More Optometrists are Choosing Independent Practices with Luxottica

More optometrists are choosing to sublease—here's why it can be your best career move yet. 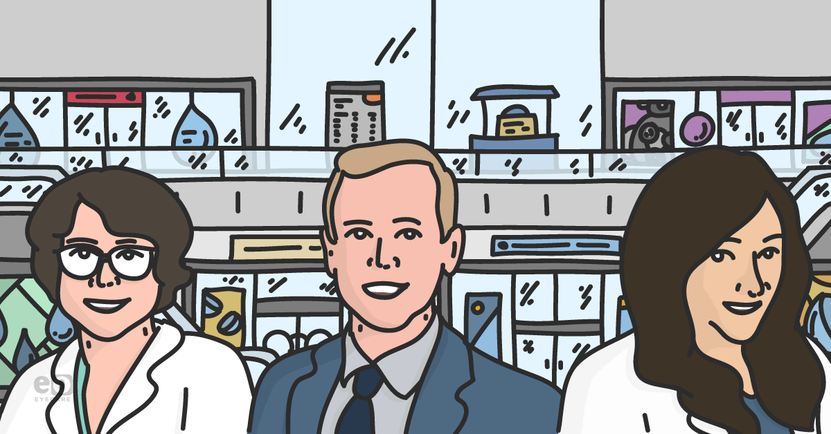 When it comes to corporate career opportunities, today’s optometrists have dozens of options to choose from—whether you’re looking for brands, styles of practice, or a place to grow your leadership skills, there are plenty of ways to shape your career by working with a large company. So what makes one company stand out from the rest? Ultimately, it comes down to the variety of opportunities available and the support you receive that allows you to be successful.

In the 2020 Corporate Optometry Report, we found that the plurality of optometrists who plan to start working in corporate optometry are turning to the modality for salary, benefits, and stability—all crucial aspects of a position, particularly in the current state of things. However, the remainder noted less well-known opportunities of the corporate modality, including flexibility, networking and mentorship, and the chance to own a sublease. 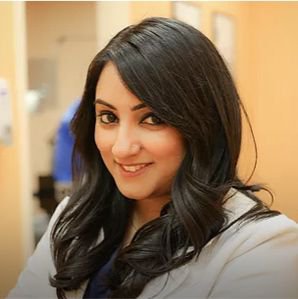 Anisha Haji, OD is the medical director of Atlanta Eye Group, a company she co-owns with her husband. After graduating from optometry school in 2012, she became an associate doctor for Luxottica’s LensCrafters in Alberta, Canada. She secured the first lease of her own in the Atlanta area in 2016 and currently owns four practices employing a total of ten associate doctors. 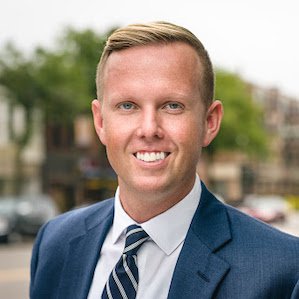 Recently named Minnesota’s Young Optometrist of the Year, Thomas Elton, OD is a residency-trained OD based in Minneapolis who’s been with Luxottica’s Target Optical since 2012. With a knack for creating and scaling successful business practices, he currently owns eight locations with a total of 17 associate doctors. 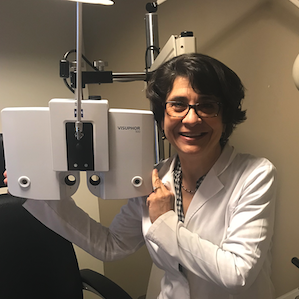 Jodi Shepard, OD is a 1993 Berkeley graduate who joined Luxottica two years ago when she became a full-time subleasing doctor at the LensCrafters in Hayward, California. Previously, she held a similar role at JCPenney, where she worked part-time for 20 years while raising a family.

Dr. Elton says there were three key things he was focused on in terms of finding the right employer: alignment of values, listening, and flexibility. “If you're going to have a good match with an employer, they should share similar values. You want to know they're genuinely listening to what you want in your workplace and your career. Good employers work to create an environment that fulfills the goals of the associates, while still meeting the needs of the business.”

He says the employment landscape of optometry has changed a lot over the years, with a growing number of optometrists graduating from new optometry schools, while the number of ophthalmologists, in comparison, has stayed relatively stable. Dr. Elton says the result is that there are more jobs for optometrists, particularly in corporate optometry.

Dr. Haji says she chose LensCrafters over other entities partly based on the experiences of colleagues and friends.

“The job satisfaction wasn't the same elsewhere. My friends would see 20-30 patients in one day, and they’d tell me it felt like they were just pumping patients out. That's not how it is at LensCrafters.”

Luxottica is focused on providing their ODs the opportunity to independently decide what they want to do and determine the scope of their practice.

Additionally, Dr. Haji says the technology LensCrafters provides is “far beyond what many other corporate offices provide their doctors.” One example is the digital refraction system Clarifye: “The quality of the prescription is far better than other testing modules and I liked the fact that this technology was available to LensCrafters doctors that's not available elsewhere.”

She says another great benefit of the path she’s chosen is the income potential for subleasing doctors: This model facilitates the opportunity to reap financial rewards.

Dr. Shepard says she was a little nervous about moving to Luxottica due to its size, but multiple friends who had subleases with the company’s various brands gave glowing reviews. So, when a sublease opened up at a LensCrafters store she knew and loved, she jumped at the chance.

With an eye on salary growth and expansion of her skills, she says the opportunity has provided all that and more: “I was really amazed by the equipment, and had access to technology I had never had before.” She says although she had a steep learning curve, the help she received with non-clinical needs made a big difference: “I really liked that they were going to handle all of my credentialing. That saved a ton of time.”

Dr. Shepard adds that the camaraderie she’s found within the LensCrafters community has made a huge difference. Being able to connect with peers to learn new things and get the support she needs—like that available through ALLDocs, the Association of LensCrafters Leaseholding Doctors—has been a major boost to her success. 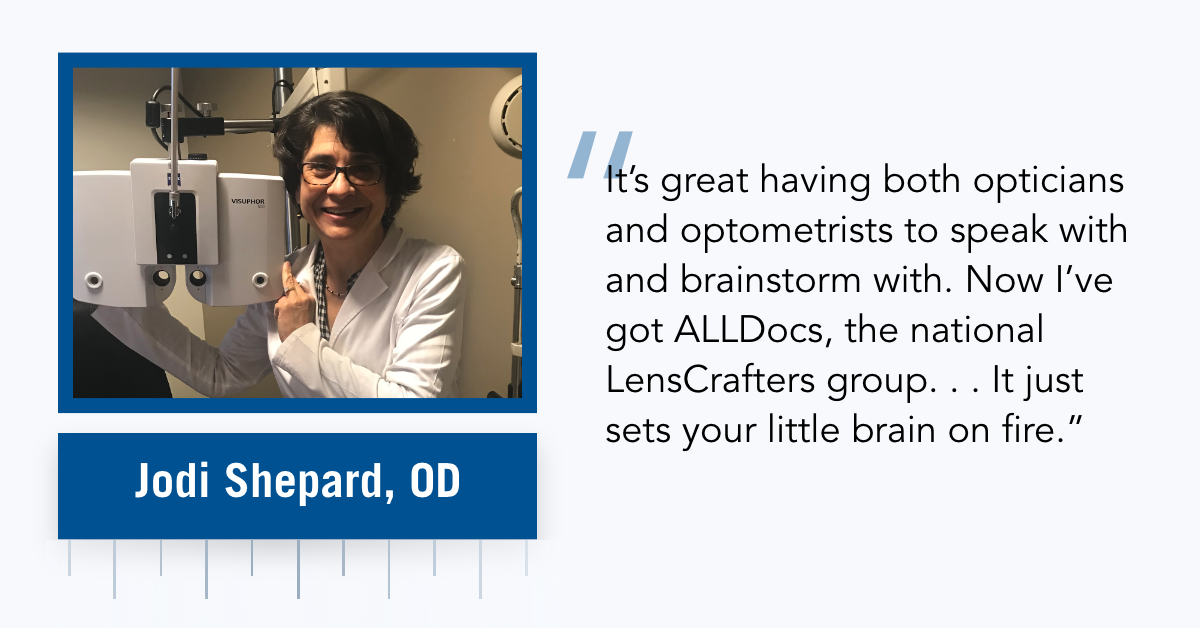 “It is great having both opticians and optometrists to speak with and brainstorm with. Now I've got ALLDocs, which is the national LensCrafters group.” California has created a similar group, and there are a variety of avenues for support—such as Facebook groups where ODs can ask questions of peers and annual meetings for networking and continuing education. In addition to last year’s national meeting in Bermuda, Dr. Shepard recently attended one in Park City, Utah: “You see vendors, you learn practice management, you network. It just sets your little brain on fire.”

Dr. Elton says when he graduated and talked to the Target Optical team, he found the stability he was looking for, as well as what he wanted in an employer: “I felt like the people at Target Optical were listening to me and I’d have a lot of flexibility.” Additionally, he says his “long-standing relationship” with the Target brand helped to seal the deal: “I remember buying school supplies there when I was a child. Buying necessities for my college dorm. And it's a beloved company in Minnesota, where it's headquartered.”

Check out these testimonials from Luxottica optometrists!

Support inside and outside the exam room

In terms of support, especially most recently related to COVID-19, Drs. Elton and Haji both said the temporary pause on rent they received was a big help financially—as was the company’s procurement of PPE and other needed supplies. “Being a bigger company, they were able to procure these items a lot easier than I would’ve been able to,” Dr. Haji says.

As far as Luxottica charitable initiatives, both doctors say they’ve been involved with Luxottica’s OneSight—which provides free eye care to those in need. Dr. Haji participates by offering free eye exams on a regular basis and participating in World Sight Day each year. 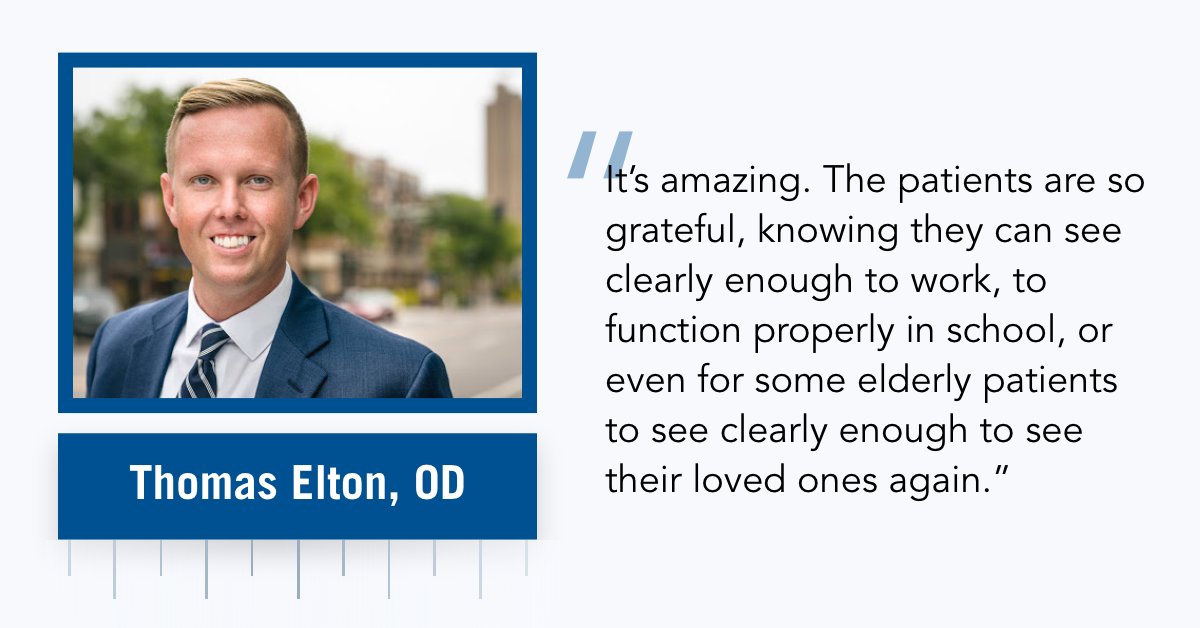 Dr. Elton says he’s taken a number of international trips with OneSight, which have had a big impact on him: “It's amazing. The patients are so grateful, knowing they can see clearly enough to work, to function properly in school, or even for some elderly patients to see clearly enough to see their loved ones again.”

Dr. Elton says the management team at Target Optical has always given him “complete authority to practice the full scope of my license. When you're the practice owner, you set the guidelines for your practice. You determine how you're going to care for your patients.”

Dr. Haji describes her relationship with LensCrafters as a partnership in which the two work together toward business goals: The two of them run separate businesses from inside the LensCrafters. Dr. Haji pays rent to use the space inside of the store where she sees patients, and then sends them out into the optical area. The ultimate goal is to achieve success collectively as a team. 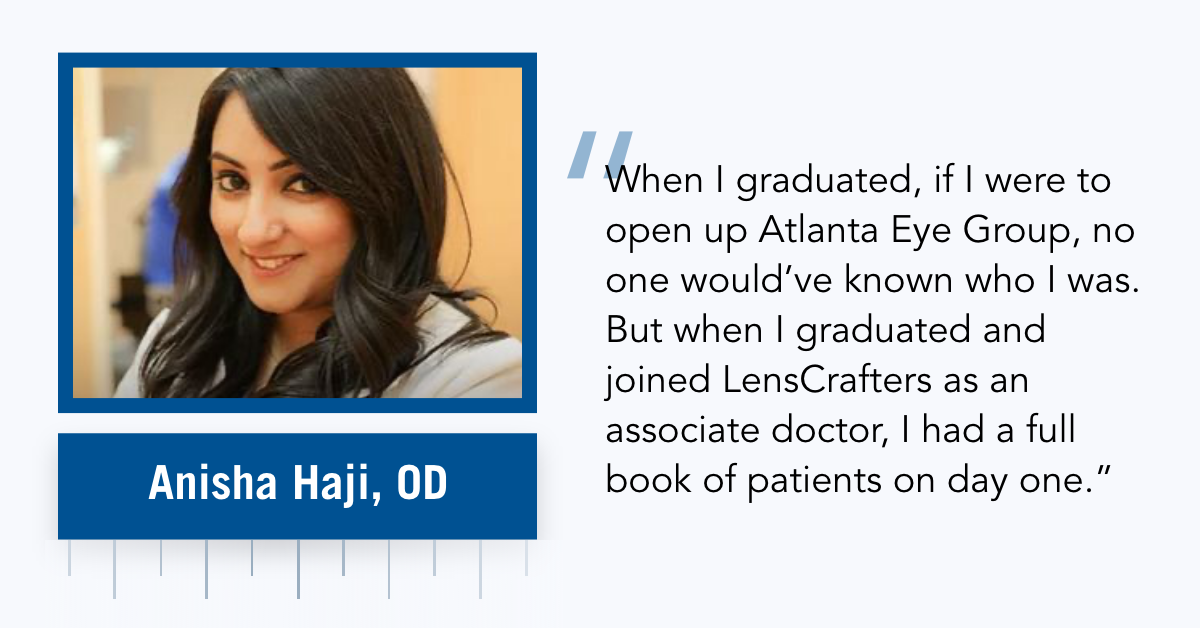 She says a big advantage of being associated with LensCrafters is the company’s well-known name: “For marketing purposes it’s great. When I graduated, if I were to open up Atlanta Eye Group, no one would’ve known who I was. But when I graduated and joined LensCrafters as an associate doctor, I had a full book of patients on day one.”

Growing your career at Luxottica

Dr. Shepard says working with LensCrafters has led to significant career growth—especially in terms of new clinical skills. Now that she’s mastered some of the technologies that were new to her, she says she’s continuing to expand: “I'm trying to grow into co-management in LASIK and cataracts, into myopia control with the MiSight lens, and into scleral lenses.”

Her willingness to try new things and hone her processes has led to being a mentor for others: “I was one of the first to use the RevolutionEHR because it's part of our rent and you need to use it if you want to do medical billing. Now I'm helping everybody else.”

Dr. Elton agrees that he’s experienced a lot of personal and professional growth due to the support Luxottica provides. He says partnerships with others in the industry provide advanced learning and training opportunities, and the company’s focus on work-life balance is “important for most Target Optical doctors.” With all of that support, Dr. Elton says, “You basically create your own path in your career.”

In terms of the advice she’d offer other ODs or students, Dr. Shepard stresses the importance of trying a variety of practice settings to find the right fit: “You really can’t base your decisions on someone else’s bias. You have to check things out for yourself.”

Noting that she sees the world of optometry specifically through the LensCrafters model, Dr. Haji emphasizes both the income potential for subleasing doctors—and the benefits of being associated with such a well-known brand: “When a sublease becomes available, I always say, ‘Go for it, because you can't go wrong. Patients walk in the doors just because it's LensCrafters.’”

Dr. Elton says he’d highlight the variety of practice structures Luxottica offers to meet career goals: “I would recommend a career at Luxottica largely because of the opportunities available. At Target Optical specifically, I personally value the flexibility and independence to create a practice and workplace setting that fits my individual wants and needs.” 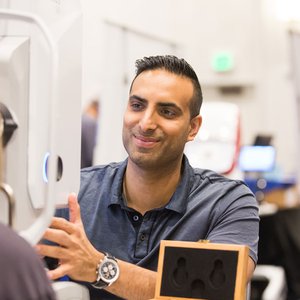 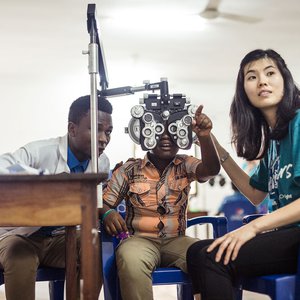 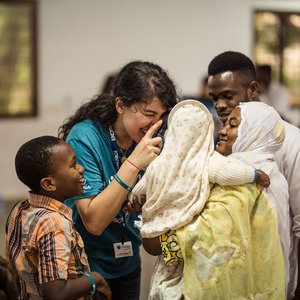 One of the largest ophthalmic companies in the world that provides eyecare professionals job opportunities across many well known brands in employed, sublease, or franchise opportunities in the United States and Canada. 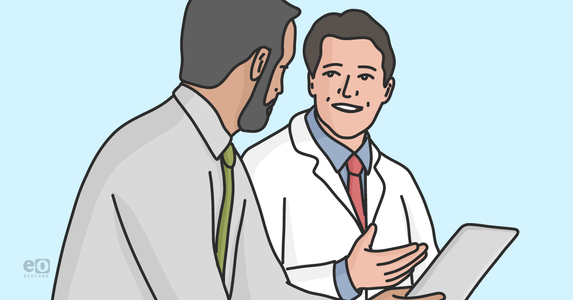