What's The Next Step for Adaptive Optics? 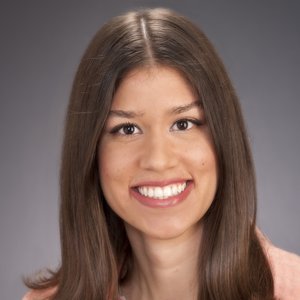 Though adaptive optics is not an imaging modality on its own, it can be used in conjunction with other imaging modalities to improve their performance. Learn the history of adaptive optics, its present implications, and how it is set to change clinical trials and ocular disease monitoring in the future. 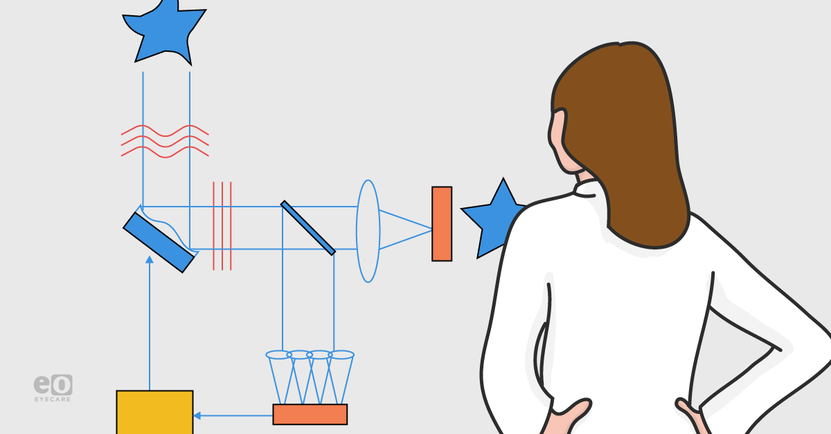 Astronomer Horace Babcock first proposed the concept of adaptive optics (AO) in 1953 to help capture structures in space in sharper detail. The first steps towards applying this technology to the human eye started with Dreher et al., 1989 who used a deformable mirror (DM) to give static correction of astigmatism in a scanning laser ophthalmoscope (SLO). A few years later, Liang et al., 1997 used the Hartmann-Shack wavefront sensor in conjunction with a deformable mirror to reduce optical aberrations and produce some of the first in-vivo images of the cone receptors.

Adaptive optics is not an imaging modality by itself but rather a technology used in conjunction with other imaging modalities to improve their performance. AO measures and corrects ocular aberrations in real-time using wavefront sensors and shaping modules (Figure 1). The resolution is unprecedented (approximately 2-3 microns) and can resolve individual cells (Figure 2). 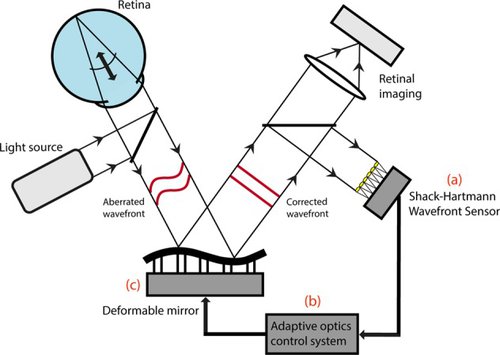 Figure 2: One of the first documented images of cones in the cross-section view of the foveal region without adaptative optics (a) and with adaptive optics (b) (Liang et al., 1997).

The first AO used for eye imaging was coupled with a high magnification fundus camera with a wavefront sensor and deformable mirror (Figure 3). This instrumentation allowed for the first extensive analysis and imaging of photoreceptors and vasculature. An advantage of the AO-Fundus technology is that eye movement minimally affects the image because it has millisecond capture times. However, it is hard to filter scattered light and, therefore, the latter reduces image quality (this was later improved upon in the AOSLO discussed below). 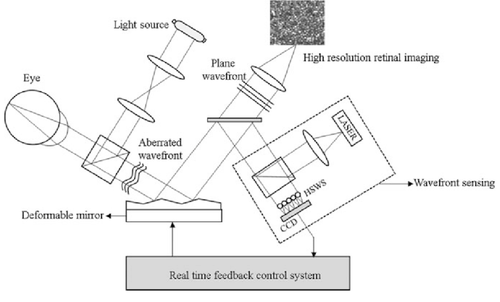 AO was later combined with scanning laser ophthalmoscopy (SLO) which improved upon the optics of the AO-Fundus instrument to eliminate the scattered light by utilizing a confocal pinhole addition (Figure 4). This enabled the user to control the amount of light returning from the retina, emphasizing specific structures of the retina that they wanted to study more closely. A disadvantage of this design is that researchers are unable to capture a 3D image, only 2D. This was later solved in the AO-OCT model.