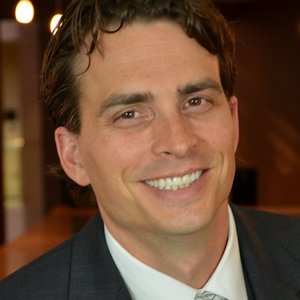 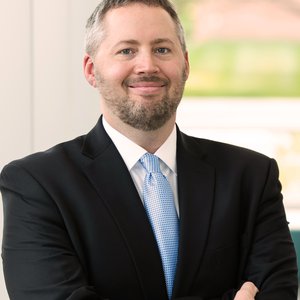 Join Derek Cunningham, OD, FAAO and Marc Bloomenstein, OD, FAAO as they tackle several myths related to treating dry eye disease as well as the benefits of the TearCare® System.

As a chronic condition, dry eye disease (DED) creates a tremendous burden for both patients and the healthcare system, with associated costs of $3.84 billion.1 Patients feel the burden of DED as they face the need for frequent office visits and a variety of at-home regimens that may include scrubs, tears, warm compresses, and more.1 Doctors feel the burden of DED as they deal with unsatisfied patients, the need for frequent visits, contact lens dropouts, and delayed cataract or refractive surgeries.

“For us as doctors, it just becomes kind of unsatisfactory,” Dr. Bloomenstein said. “We start patients on treatments and we don't get the results they think they're supposed to get.”

Within DED dynamics, meibomian gland dysfunction (MGD) plays a critical role, since it is attributed to 86 percent of total DED cases.2

MGD can create a negative cascade of events, including:

“Hence our patients can't wear their contacts as comfortably, their vision fluctuates, and more importantly, we see corneal damage and eventually poor refractive or cataract outcomes,” Bloomenstein said. “Meibomian gland health really is integral to all of the things we do as optometrists.”

As the “Myth Busters,” Bloomenstein said their goal was to “uncover some of the truth behind these popular myths about dry eye,” starting with what he believes is the number one myth—that DED is complex and difficult to treat.

Myth: DED is complex and can be difficult to treat.

Highlighting the body of literature describing DED as a complex and multifactorial disease—as well as the complicated algorithms recommended to treat it—Bloomenstein said it can be challenging for busy doctors to keep up. As a result, some practitioners decide they don’t have the time or the tools to tackle DED.

Citing the list of possible contributors to DED, he said it’s not possible to manage every single one of them. But the good news is that treating DED effectively can be achieved by addressing its two major problems: inflammation and obstruction.

“One of the things we know to be true is that when the meibomian glands are affected, we can have obstruction of those glands, which in turn can also create inflammation,” Bloomenstein explained. “We have both inflammatory issues as well as obstructive issues. I think if we break it down quite simply to managing inflammation and obstruction, then I think we can break down this myth.”

Dr. Cunningham said he thinks the next myth—the idea that advanced formulation artificial tears can reestablish homeostasis—originated in a historical perception of limited resources in eye care, as well as a limited understanding of the etiology of DED.

“No matter what the cause is (of DED), there's a pathophysiological problem in the structure of the eye itself, whether it be a specific component or whether it be mechanical,” he explained. “And the idea that simply flushing more fluid into a system is going to fix a cellular response or a poor cellular mechanism is just not going to happen.”

In the distant past—40-50 years ago—Cunningham said the perception was that “if we could simply just add more lubrication, we would be able to stabilize an eye that didn't have enough.”

“We know now that we have separate layers in the tear film, and it's not necessarily the deficiency of any one layer, it's the recipe of the three layers together and how much you need of each one,” he explained. “So if you're deficient in one, simply adding a whole bunch of the other won't necessarily stabilize the tear film, and it can actually have a negative effect.”

As a result, the goal is to have better tear film homeostasis, keeping in mind that:

“So in this case, tears are still a very valuable aspect of dry eye [treatment], but we don't use them as a primary therapy,” he said. “They are a subsequent therapy to whatever step we're taking to reestablish normal cell function.”

Cunningham described the next myth as being related to “topical anti-inflammatory pharmaceuticals and the traditional myth that they can fix meibomian gland disease.”

Citing the value of anti-inflammatories as a “hallmark of treatment” throughout all areas of medicine, he said they also have limitations, and it’s important to understand what they are.

Although anti-inflammatories can provide symptom relief and be very effective initially, they aren’t effective in addressing obstruction of the gland and establishing long-term eye health.

“So in this case, the myth that the steroid itself is going to re-establish normal cell function within a blocked or occluded meibomian gland is just not going to happen,” he said. “It will control symptoms. And then from there we can move on to more efficient ways of clearing the meibomian gland and truly helping long-term dry eye in these patients.”

Myth: Obstruction is too difficult to treat.

Cunningham said the next myth, that obstruction is too difficult to treat, has roots in the fact that “none of us were ever educated in school on the idea of treating obstructions.”

However, referencing protocols in other medical fields, he said it’s recognized that an occlusion “simply is not going to fix itself.”

Although using warm compresses has been a popular approach to dealing with meibomian gland obstruction, several factors limit their effectiveness—such as the need to maintain a certain temperature and frequency of application.

Cunningham said research indicates there are critical factors regarding the use of heat to address meibomian gland obstruction effectively.

“You really need to have an internal heat within the gland for a specific amount of time. If you don't reach that temperature-specific amount of time, you are not going to adequately heat the meibum,” he explained. “And in order to do that, not only do you have to have that temperature inside the eyelid, but any contact you have with the external eyelid will typically have a limited effect because the vasculature in your eyelid is going to take a lot of that heat away.”

As a result, Cunningham said warm compresses have a limited effect, since “it's very hard to maintain that therapeutic temperature within the gland itself.”

Additionally, he described the role of keratinization in obstruction of the meibomian gland.

“Any significant length of inflammation will cause a keratinization over the orifice of the gland,” Cunningham explained. “These are little plaques. You can't see them under the slit lamp. They're invisible, they're clear, but if you take a little removal device, you'll actually be surprised at the almost fish-scale nature of the lid margin when you remove these things. Unless you remove these plaques, you have no chance of actually evacuating the contents of the gland.”

Having addressed some of the historical issues doctors faced in treating obstruction, Cunningham transitioned to “an innovation that's been developed to allow us to do this more effectively, the TearCare® System.”

The TearCare® System: A better way

The TearCare® System is intended for the application of localized heat therapy in adult patients with evaporative dry eye disease due to meibomian gland dysfunction (MGD), when used in conjunction with manual expression of the meibomian glands.

Noting that his clinic was involved in one of the clinical trials that compared the TearCare® system to the LipiFlow® Thermal Pulsation system, Bloomenstein said he was impressed with the simplicity and portability of the device.

“The challenge I had, especially with the LipiFlow® system, was that it was bulky, self-contained, and we couldn't move it from lane to lane,” he explained. “We have three offices in the valley … so having something portable really appealed to me and to our practice.”

He also likes the fact that the TearCare® System enables such a comfortable patient experience and helps both providers and patients see immediate results.

“What's beautiful about the TearCare® System is that patients are sitting in a chair, they're reading their phones, they're blinking,” he said. “But then I sit them behind the slit lamp and I can actually watch the meibum coming out of the glands. I think there's an absolute psychological benefit to letting patients know that I can see what we're producing, that we're reaping the benefits of what they just did. I think patients really appreciate that.”

Cunningham also commented on the simplicity of the TearCare® System, saying he initially dismissed the technology because it actually seemed too simple.

“We have these really elaborate heavy systems and when I first saw this, I was struggling to understand how and where it would be better,” he explained.

However, while involved in blepharitis research and the use of intense pulsed light therapy, he started to understand the value of how the TearCare® System works.

“We were doing an initial FDA study in the U.S, and I had to start examining eyelids very, very closely. It really made me understand the nature of the eyelid margin itself and how prone it is to inflammation,” Cunningham said. “That got my head turning and understanding how important it was that the heat be very directed and not produce collateral damage.”

He said that key insight is what caused him to re-evaluate the TearCare® system, since the application of heat is so well-controlled.

He also liked the fact that it complemented other therapies he was prescribing, “making them much more successful.”

“It played very well into many of the prescription therapies I was already using. They were almost synergistic,” he said. “It made my immunomodulators work a little bit better. It made my steroids act faster, and vice versa, the steroids made this device work better. I even found a significant place for it in and around our use of IPL with a lot of the IPL studies and research we were doing.”

Citing the challenges of getting patients to consistently and accurately comply with the therapies they’re prescribed, Bloomenstein said the TearCare® System allows him to know that “I'm getting something done,” and more importantly, that patients receive the benefits of his work.

Cunningham added how important it is to address the root cause of a problem like MGD instead of just treating the symptoms.

Like Bloomenstein, he said his clinic loves how portable the TearCare® System is and that the intelligent Smarthub™ provides heat control and temperature monitoring throughout the treatment. If something needs addressed, an alarm sounds, providing immediate notification.

“There are a lot of things I like about this device,” he said. “It kind of endeared me towards this treatment.”

Bloomenstein agreed, saying he thinks it makes him “a better doctor” since the treatment and monitoring are so precise.

He also described the value of using the Clearance Assistant™ tool for meibomian gland expression, which provides precise gland targeting and the real-time visualization from which both doctors and patients can benefit.

“This is something I feel is maybe lost a little bit in school,” he explained. “We didn't really learn how to do these things, but once you get your hands on it and you start doing it, it's really the simplicity of it that makes it nice.”

Noting that he participated in the OLYMPIA study, he said this is where he “really saw the significant improvement” of using LipiFlow® versus the TearCare® System.

Bloomenstein also underscored the power of seeing the results first-hand—which is why he thinks it’s a great idea to request a demo.

And that myth that obstruction is too difficult to treat?

“Busted,” Bloomenstein proclaimed. “We can attest that it’s quite simple, and more importantly, we have a better way we can do it. That better way for both of us is the TearCare® System.”

Dr. Marc R. Bloomenstein is a 1990 graduate of the University of California at Los Angeles with a degree in Biology. He received his optometric degree from the New England College of Optometry in 1994. After graduation, Dr. Bloomenstein finished … 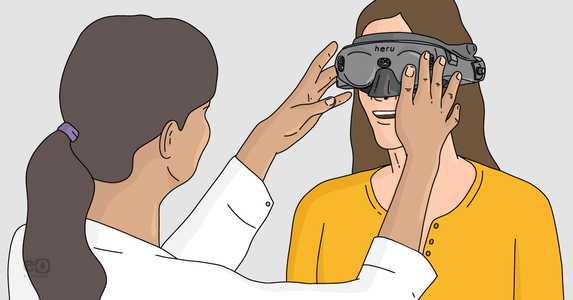 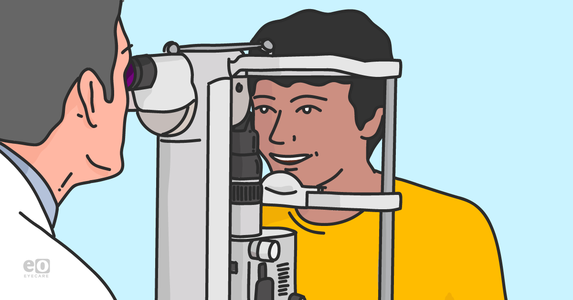 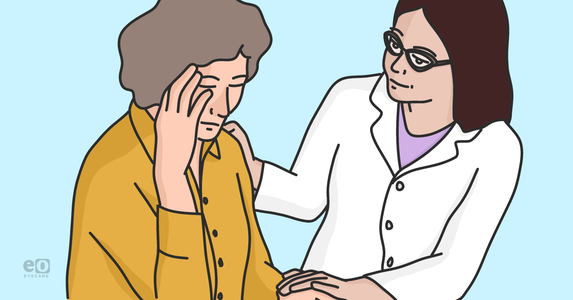 Acute TBI in the Optometry Practice with Cheat Sheet 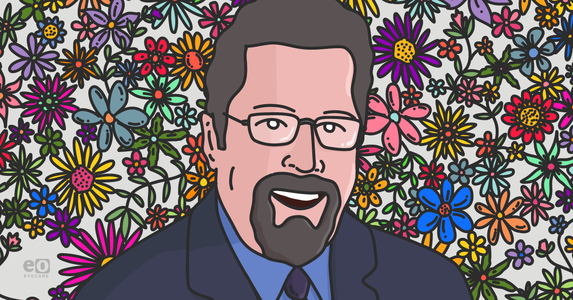