OEBC vs NBEO: A Breakdown of Canadian and American Board Exams 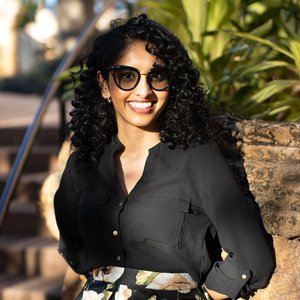 If you’re a Canadian wanting to practice or do a residency in the States, a Canadian at an American optometry school, or an American with ties to the True North, chances are, you’re thinking about writing both board exams. Let's take a look at the similarities and differences. 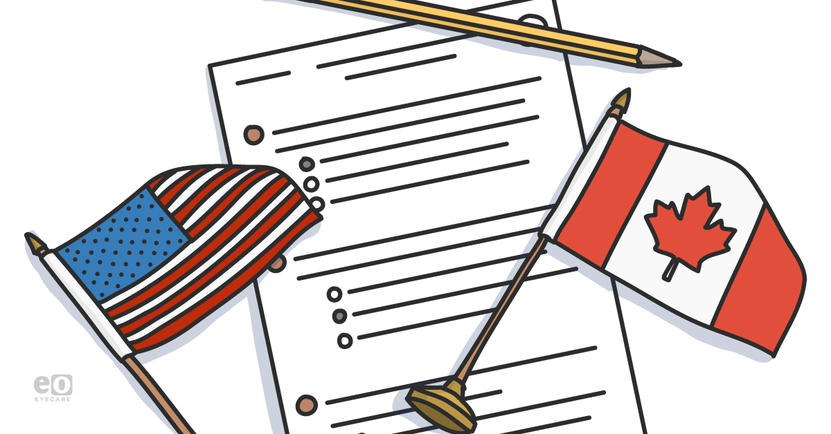 If you’re a Canadian wanting to practice or do a residency in the States, a Canadian at an American optometry school, or an American with ties to the True North, chances are, you’re thinking about writing both board exams. The Canadian board exam consists of two parts and is administered by the Optometry Examining Board of Canada (OEBC). The American board exam consists of three parts and is administered by the National Board of Examiners in Optometry (NBEO).

It is important to keep in mind that the NBEO (American) exam has to be successfully completed if you are a Canadian planning to do a residency in the United States. In Canada, Ontario and British Columbia accept the NBEO for licensure in the province, but the OEBC (Canadian) exam is required to practice in all other provinces and territories in Canada.

The OEBC (Canadian) exam consists of two parts, Part I – Written Exam and Part II – Objective Structured Clinical Examination (OSCE). The cost to write this exam is $1,730 CAD for Part I and $3,370 CAD for Part II. The total cost is $5,100 CAD, or approximately $4,041 USD. Part I of the OEBC exam consists of 58 comprehensive cases, each with 4 multiple choice questions.

It is a comprehensive exam of case management and includes topics such as ocular disease, contact lenses, refraction, binocular vision, and the like. It is conducted in a testing center in Hamilton, Ontario, Canada. Part 2 of the OEBC exam is a practical skills exam with 12 stations and is also conducted in Hamilton.

The NBEO (American) exam consists of three parts - Part I – Applied Basic Science, Part II – Patient Assessment and Management, and Part III – Clinical Skills. The cost to write this exam is $950 USD per part, or $2,850 USD total, which is approximately $3,596 CAD.

Part I and II can be written in testing centers across Canada and the United States, however, Part III must be taken in Charlotte, North Carolina. Part I of the NBEO exam consists of 350 scored and 20 non-scored items, divided into 185 items per session. There are 2 sessions in which you are given 4 hours each, for a total of 8 hours to complete the exam. The topics tested include anatomy, biochemistry, physiology, immunology, microbiology, pathology, optics, and pharmacology, with an emphasis on the oculo-visual system. Part II of the NBEO exam consists of 45-55 full cases, 15-20 solo items, and 15-25 mini cases. Topics covered include ocular disease, contact lenses, refraction, binocular vision, and the like. It is a comprehensive case management exam of everything you learned in optometry school. Part III of the NBEO exam is a test of practical skills and consists of the clinical skills and injection skills exam. This exam is offered only in Charlotte, North Carolina.

As you can see, Part I OEBC and Part II NBEO are quite similar, so you may consider studying for and writing these exams within the same timeframe. Additionally, Part II OEBC and Part III NBEO are similar practical skill examinations; however, the administration and the skills tested can vary and require targeted preparation. Part II OEBC (the OSCE) focuses more on counseling scenarios, and any clinical techniques are done on models to provide a consistent objective evaluation, while Part III NBEO requires performing techniques on live patients.

For students choosing to write both board exams, the process can be extensive and requires planned preparation. Part I OEBC is offered in French and English in November of the students’ final year, and Part II OEBC is offered in the following May. However, Part I may also be written several days prior to Part II. These exams have to be written in Hamilton. Part I NBEO is offered in March of the third year and the following August, but most students not studying in the US choose to write it in August during their fourth year. Part II NBEO is offered in December of the fourth year or the following April, but most students in both the US and Canadian schools choose to write it in December of their final year. Part III NBEO can be scheduled at any time starting August of the fourth year in Charlotte.

Many Canadian students choose to write both board exams to do a residency, keep the borders fluid or challenge themselves in their clinical knowledge. Most of the preparation materials are equivalent and the content is similar between the two board exams. No matter why you write both, there is no doubt that you will be a more knowledgeable clinician in the process. Best of luck on your board exams!

Dr. Sherene Vazhappilly grew up in Calgary, Alberta and did her undergraduate degree in BSc Neuroscience (Honours) at the University of Calgary. She went on to do her Doctor of Optometry (Honours) at the University of Waterloo where she won several national and international awards and recognitions, including the National Vision Grant Program, Transitions Optical Students of Vision Scholarship, and the OSI Award for Excellence in Practice Management. Dr. Vazhappilly is passionate about underserved populations, and has completed optometry mission trips to Peru, Mexico and Jamaica. Whether it is talking about prevention, eye health or vision, she finds joy in educating her patients, helping them see better and giving them the confidence to take ownership of their visual and physical health. She aims to provide outstanding patient care and education in the exam room. Dr. Vazhappilly spends her free time hiking, trying new cuisines or reading a good library book. You can find her on Instagram @drserenehappy talking about all things eyecare! 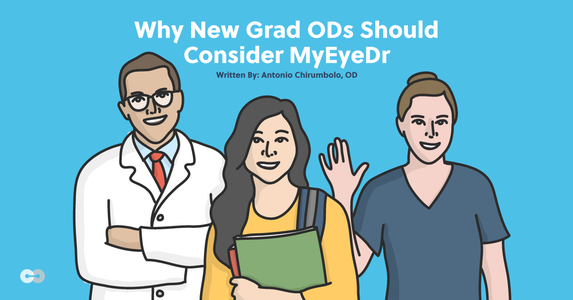 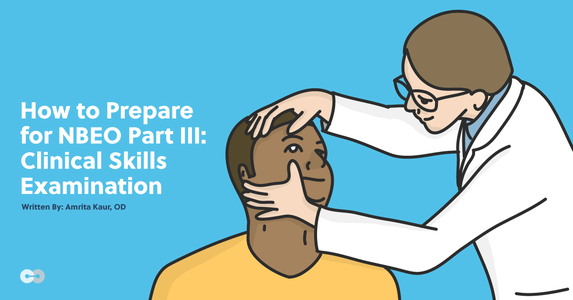 How to Prepare for the NBEO Part III Clinical Skills Examination 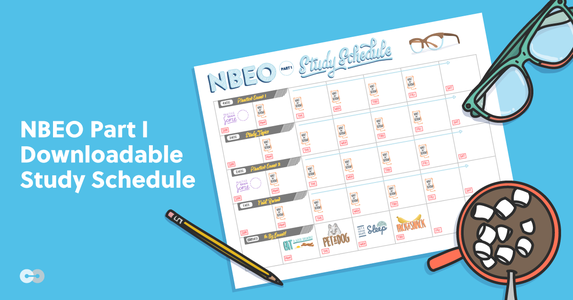