Neuro-Ophthalmic Disease in the Glaucoma Clinic

Glaucoma requires a thorough history and a full diagnostic ocular imaging panel before diagnosis. Use these methods to differentiate glaucoma from non-glaucomatous disease. 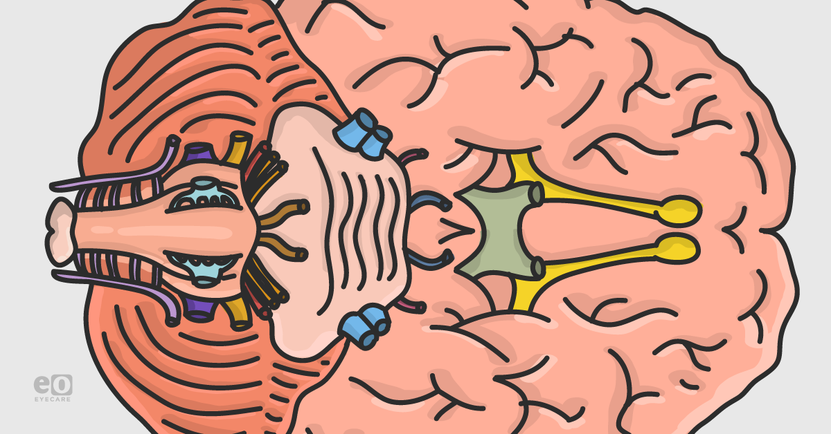 For this month’s issue, I’m going to switch gears from retinal disease to optic nerve disease. Though glaucoma is the most common optic neuropathy, there are many glaucoma masqueraders that we must be aware of. These are conditions that mimic glaucoma but are separate disease processes that require their own management approach.

The work-up for non-glaucomatous optic neuropathies is massive and beyond the scope of this article, but the methods to differentiate glaucoma from non-glaucomatous disease is thankfully much shorter.

First, it is important to understand that the management of any optic nerve disease requires a comprehensive approach including clinical findings, OCT imaging, and visual field testing. Glaucoma is a (usually) slowly progressive optic neuropathy with characteristic findings of cupping and corresponding OCT and visual field defects.

Glaucomatous visual field loss will always respect the horizontal meridian as this is the location of the horizontal raphe. Ganglion cell thickness measurements will correspond with the RNFL OCT and visual field changes, beginning on the temporal side of the fovea and progressing to the nasal side with worsening disease. 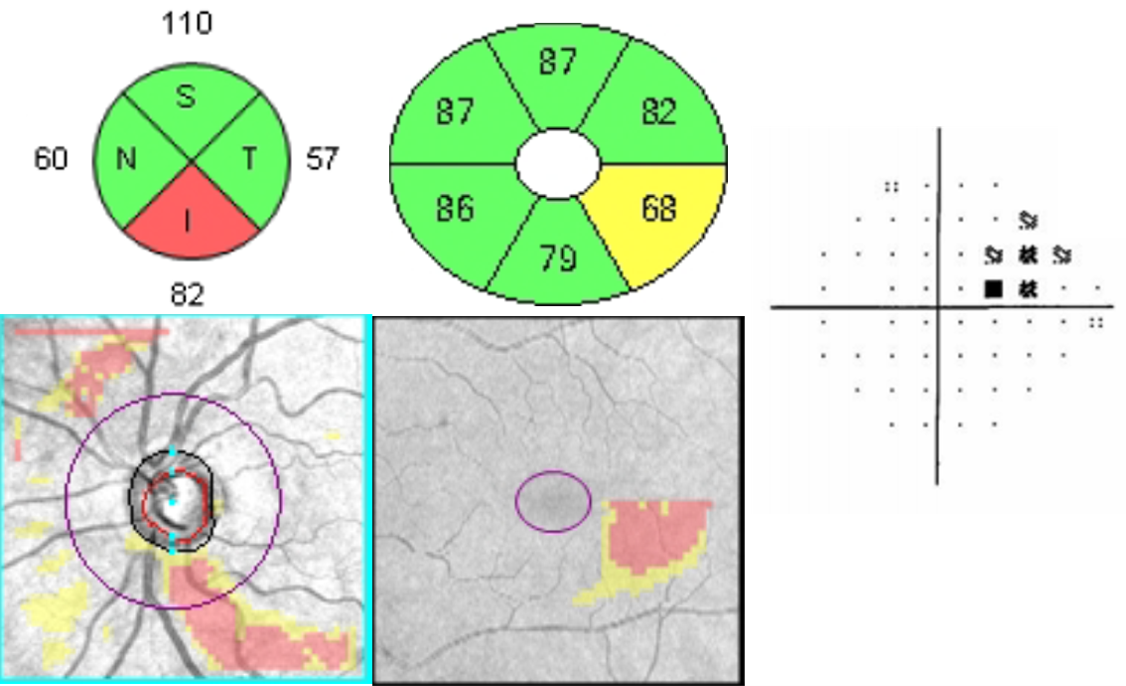 Ruling out retinal disease with OCT

Before diagnosing a primary optic nerve disease such as glaucoma or chiasmal compressive optic neuropathy, it is important to rule out retinal disease as a causative factor.

Figure 2 depicts a patient with moderate cupping and a superior-temporal chorioretinal scar. The scar has led to a consecutive optic neuropathy where local ganglion cell loss produces axonal atrophy. Co-localizing ganglion cell and RNFL OCT defects are noted superiorly but the thinnest ganglion cell sector is superior to the fovea instead of temporally. This discordance alerts us that the corresponding RNFL, ganglion cell, and visual field defects may be of non-glaucomatous nature which is easily confirmed with our funduscopic evaluation.

In its acute phase, non-arteritic ischemic optic neuropathy (NAION) is impossible to confuse for glaucoma. The acute vision loss, presence of an APD, and optic nerve head swelling will easily rule out glaucoma. But in its chronic phase, with hemispheric RNFL, ganglion cell, and visual field defects, NAION may mimic glaucoma.

The patient in Figure 3 presented for a diabetic ocular examination and was noted to have moderate cupping and pallor OS. The patient had 20/25 vision and an APD in the left eye but denied any visual symptoms or history of acute vision loss. RNFL OCT thinning was noted superior-temporally but ganglion cell thinning was noted superiorly and inferiorly. Visual field testing revealed an inferior altitudinal defect with superior central defects which correlated with the ganglion cell defects.

Both the visual field and ganglion cell defects were out of proportion to the RNFL OCT thinning. The presence of pallor should immediately raise suspicion of a non-glaucomatous process and the discordant imaging results further compound this suspicion. After requestioning the patient and requesting old records, it was clear that the patient had an episode of NAION years ago and the current findings were all sequelae of that event. Due to the presence of old records, further evaluation was not necessary and the patient was monitored for stability.

Optic nerve head cupping is sometimes thought to be a pathognomonic sign of glaucoma, but any anterior visual pathway disease can cause cupping. Especially in younger patients, it is important to rule out chiasmal compressive optic neuropathy as this is an uncommon cause of bilateral cupping that must be treated immediately.

The images in Figure 4 are of a 52-year-old patient who was transferring glaucoma to my clinic. She reported being treated with latanoprost QHS OU for several years and denied any ocular issues. Her BCVA was 20/25- in each eye and there was no APD. She did have large cups with significant RNFL and ganglion cell OCT thinning but both tests had more prominent loss on the nasal side. Visual fields revealed distinct bitemporal defects which respected the vertical meridian. An MRI of the pituitary gland was ordered and radiological signs of a macroadenoma were noted.