The ZEISS Humphrey Field Analyzer has been synonymous with standard of care when it comes to the treatment and management of glaucoma. 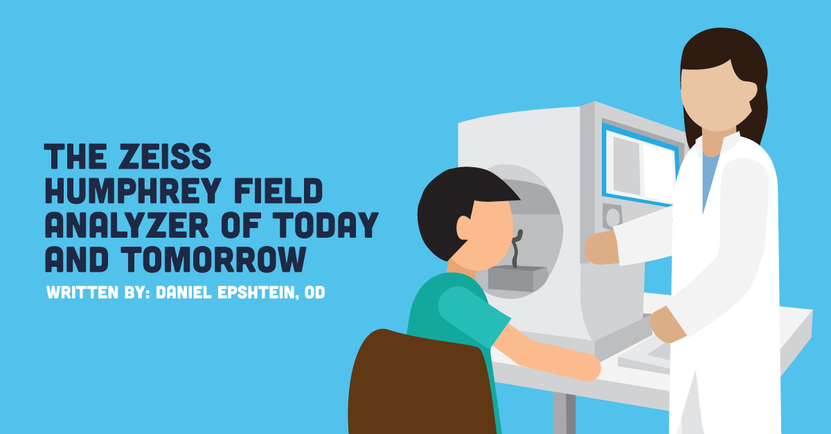 This article has been written in partnership with Carl Zeiss Meditec, a supporter of NewGradOptometry & new graduate optometrists.😎

Perimetry has been the gold standard diagnostic modality of glaucoma care for many years, though recently it has begun to share that spotlight with OCT.

Much of the literature that has solidified perimetry’s place in glaucoma management uses the Humphrey® Field Analyzer from ZEISS, which has changed very little since the introduction of SITA™ (Swedish Integrative Thresholding Algorithm). Visual field technology has lagged behind the rapid advancement in OCT technology up until now. The ZEISS Humphrey Field Analyzer 3 (HFA3) combines upgrades in hardware and software to improve both patient care and work flow efficiency.

The HFA3™ looks like a smaller and sleeker version of the HFA that many of us have in our offices or remember from the clinics where we trained. The smaller footprint is a welcome element of the upgrade in an eyecare world that is trending towards multiple space consuming diagnostic instruments. A new touchscreen interface simplifies navigation of the responsive and nimble software. One significant hardware difference from previous HFA versions is the introduction of the Liquid Trial Lens™. This new trial lens will automatically change power to reflect the needed trial lens corresponding to the patient’s refraction. On subsequent tests for established patients, the Liquid Trial Lens will automatically dial in the correct prescription. This reduces set up time and human error when correcting for the patient’s refractive error. 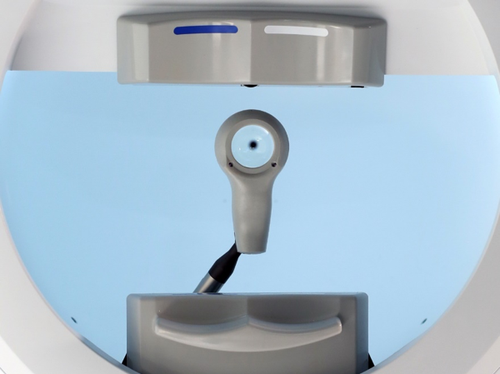 Delving into the software of the HFA3, I think practitioners and technicians alike will find the software more intuitive and easily navigated. Data from previous HFA systems can be transferred to the new unit and used in Guided Progression Analysis™ (GPA™) reports. HFA3 has all the perimetry tests of older HFA units and adds the new SITA Faster protocol. This protocol is only available on the HFA3 with the 24-2 stimulus pattern and has been shown to be an estimated 35% faster than SITA Fast fields. Analogous to comparisons between SITA Standard and SITA Fast, SITA Faster is a quicker testing protocol yet is clinically equivalent. The SITA Faster protocol’s speed and clinical robustness was tested in both normal and glaucoma patients which revealed similar improvements in speed, while maintaining similar Mean Deviation and Pattern Standard Deviation values in both groups.

ZEISS has been able to create this more efficient testing protocol by reducing “dead time” between stimuli and eliminating Blind Spot Tracking and False Negative testing. In lieu of blind spot tracking, which is accomplished by presenting stimuli within the assumed physiological blind spot, Gaze Tracking provides fixation monitoring at every stimulus presentation with an objective analysis of the eye position. The lack of False Negative testing may seem surprising to many clinicians but studies dating back to 1991 have shown that False Negative indices are more closely related to glaucoma severity than to patient test reliability.  Overall, the 24-2 SITA Faster protocol will provide a quicker test with comparable perimetry results. 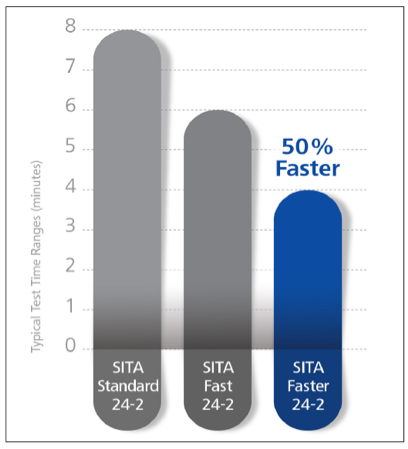 Figure 2: Comparison of the typical test time of the three SITA protocols.

The reduction in test time is a boon for patient, doctor, and office. Glaucoma guidelines recommend patient visual field testing 3x per year in the first 2 years of glaucoma diagnosis to more accurately establish rate of progression.1,2 This assumes an average patient with average visual field variability and reliability. These published recommendations frequently differ from clinical surveys where visual fields are often completed less than once yearly.  This discrepancy may be fueled by doctors’ reluctance to order multiple visual fields per year due to patient pushback and workflow inefficiency. With SITA Faster, eye care practitioners will hopefully be less hesitant to perform automated perimetry, thereby improving disease detection, more quickly establishing the rate of progression, and decreasing unnecessary vision loss which may require more aggressive and riskier treatment.

The HFA3 version 1.5 software update includes one of the most meaningful updates to the Humphrey Visual Field Analyzer since the introduction of SITA. This update includes a new testing protocol, 24-2C, which includes ten more macular points within the 24-2 testing pattern. To the adoption of this new protocol, the GPA report will work with all SITA protocols as well as combining 24-2 and 24-2C tests using the common 24-2 points for GPA analysis. This will allow doctors to compare any 24-2 test, eliminating the need for the creation of a new baseline.

The software update also includes Data Synchronization which automatically shares test data between multiple HFA3 instruments in the same office.  It also allows for use of HFA II-i to take tests and contribute to the HFA3 network.  This allows practices with multiple HFAs to test any patient at any HFA with confidence that the patient information is always up to date.  The new test is saved to the HFA3 in the patient record so that the patient’s complete test history is used for reports like GPA and Single Field Analysis (SFA) Overview.

The introduction of the 24-2C test pattern is ZEISS’s response to a paradigm shift in glaucoma care toward the testing and detection of macular damage in all stages of glaucoma. Macular visual fields such as the 10-2 were classically relegated to advanced glaucomatous disease when patients were left with only a central island of vision. Seminal work by Dr. Donald Hood, of Columbia University, has emphasized the significant extent with which glaucoma damages the macula even in early stages of the disease and many clinicians have incorporated 10-2 visual fields into their testing protocol for all glaucoma patients and suspects.3 Integrating the regular use of 10-2 fields into the current congested glaucoma evaluation is difficult because of the need for additional visual fields (and sometimes visits) and the fear of over-billing. The 24-2C will combine the 24-2 protocol with 10 additional macular points. Effectively, this updates the current gold standard in glaucoma perimetry to align with current trends in glaucoma thinking.

Learn how to leverage OCT in the treatment and management of glaucoma.

Classic glaucoma models have taught many of us that the macula is one of the areas most resistant to damage and therefore the last site of glaucomatous atrophy. This thinking has relegated 10-2 visual fields to be used in advanced forms of glaucoma or the “rare” glaucoma patient with fixation threatening disease early in the disease process. Though scarcely cited until recently, investigators dating back to 1969 have reported on glaucomatous damage to the macula in all stages of disease.

Dr. Donald Hood, of Columbia University, is one of the modern researchers pushing a paradigm shift in glaucoma care where eye care practitioners are searching for glaucomatous changes in the macula in glaucoma suspects and all stages of glaucoma. In a cohort of mild and moderate glaucoma patients, over 50% of eyes had damage within the central 6 degrees. Perimetric studies of patients with mild glaucoma have revealed that 15% of hemifields classified as normal on 24-2 are shown to be abnormal with 10-2 testing.4 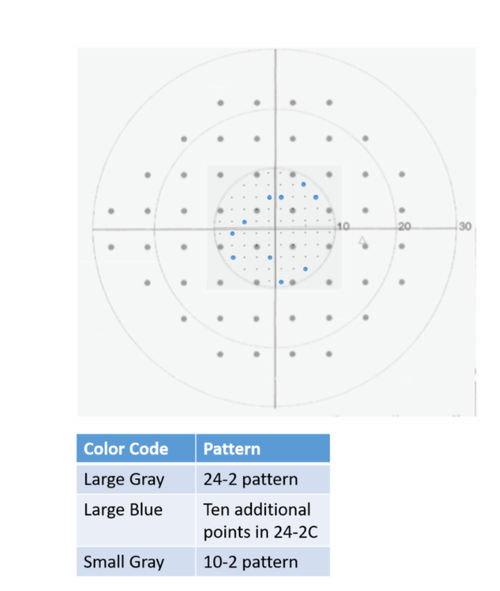 Figure 3: The 24-2C test pattern with the 10 new macular points in blue. The small gray dots of the shaded area represent the 10-2 pattern, for reference only, not included in the pattern.

The difficulty with detecting macular glaucoma defects with our gold standard 24-2 test protocol is that only 4 points fall into the macular area. The 24-2C pattern was created by Zeiss and an expert group of perimetry researchers to better sample the macula. Due to the asymmetric anatomy of the macula, where the fovea sits at the inferior border of the optic nerve head, an asymmetric visual field pattern was proposed. These added test points sample from the most vulnerable areas of the macula to help detect damage in all stages of glaucoma.

ZEISS has streamlined the review of HFA reports, including these new perimetry protocols, within the HFA Review software. All 24-2 fields (including 24-2 SITA Standard, 24-2 SITA Fast, 24-2 SITA Faster, and 24-2c equivalents) will be utilized for GPA reports so that new baselines do not need to be created. HFA Review software will be available for installation on computers in the practice to facilitate HFA report viewing and data analysis anywhere in the office. Changes to reports, such as baseline exam edits in a GPA report, can be completed within the exam room, improving office work flow and reducing downtime. 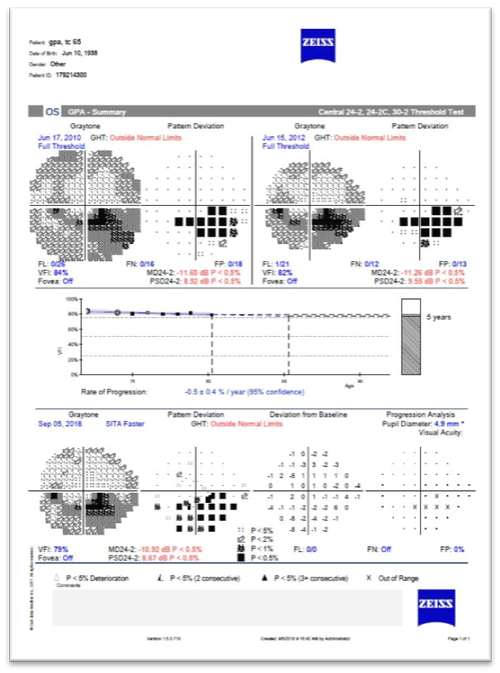 Figure 4: GPA Summary report. GPA (Guided Progression Analysis) is designed to help you identify where, and how fast, defects are progressing. GPA allows transition to new SITA tests while maintaining analysis of the complete patient history.

For next generation in multi-modality care from ZEISS, the HFA3  data can be combined with OCT scans in the Glaucoma Workplace application to create structure-function progression analysis reports to guide your treatment decisions. This multi-faceted report streamlines the integrated diagnostics approach that benefits glaucoma care, to improve identification of disease and detection of progression.

Learn how to utilize the Clarus 500 Ultra-widefield retinal camera in glaucoma management.

Advances in diagnostic equipment continue to improve our understanding and management of glaucoma. Often it is difficult to be an early adopter of these new technologies, but the ZEISS HFA3 proves to be an easily implementable tool with significant improvements in hardware and software that will allow eye care practitioners to easily deliver research grade care within their practices.

We have a direct partnership with ZEISS!

One of the world's leading medical technology companies, ZEISS equips eyecare professionals and their practices with diagnostic solutions to improve patient outcomes by giving ECPs the tools necessary to diagnose and manage ocular disease.

Dr. Daniel Epshtein currently practices in the ophthalmology department of Mount Sinai Morningside in New York City. Previously, he held a position in a high volume multispecialty ophthalmology practice where he supervised fourth year optometry students as an adjunct assistant clinical professor of the SUNY College of Optometry. Dr. Epshtein’s research focuses on using the latest ophthalmic imaging technologies to elucidate ocular disease processes and to simplify equivocal clinical diagnoses. He developed and lectures in the perioperative care course at the SUNY College of Optometry. He lectures and writes on numerous topics including multimodal imaging, ocular surface disease, glaucoma, and perioperative care. 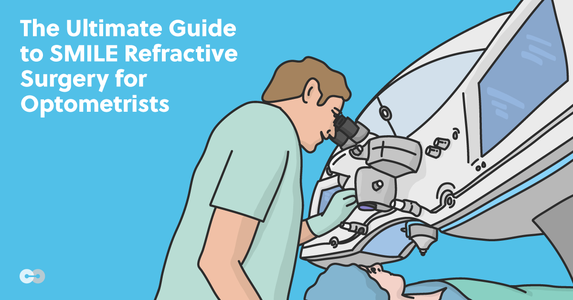 The Ultimate Guide to SMILE Refractive Surgery for Optometrists 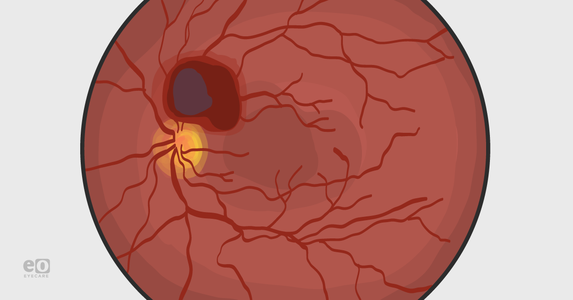 Valsalva Retinopathy: From Diagnosis to Intervention 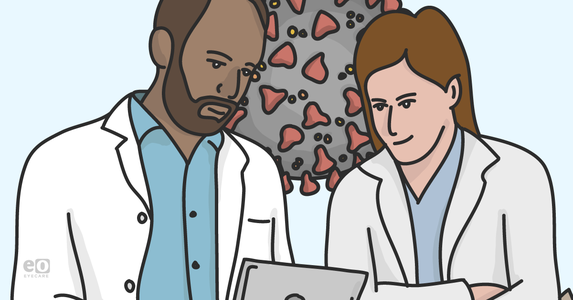 How COVID-19 Affects the Eyes: Recent Research and Updates for Eyecare Professionals

Fill out this form and a team member from ZEISS will contact you within 24 hours!