Safety or Speed? What Ophthalmologists Should Know About FDA Approval

New ophthalmic medications undergo rigorous testing before they go to market—but for lifesaving treatments, should we consider trading safety for speed? 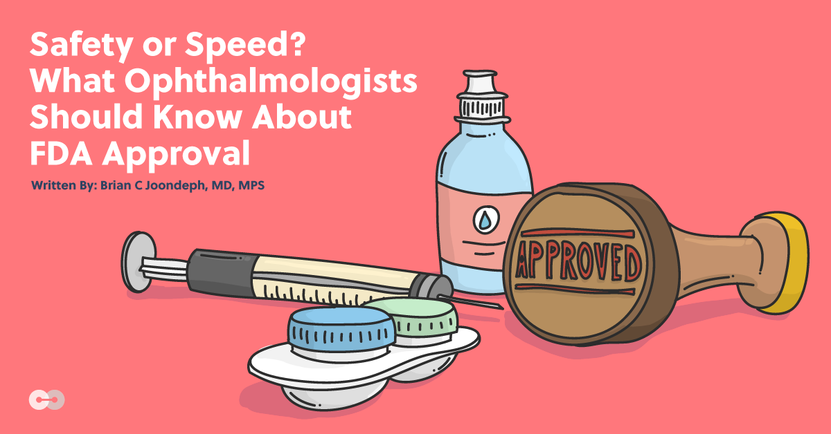 New drug approval in the United States is a slow and expensive process. Unlike the latest gadget advertised on Saturday morning television infomercials, new drugs undergo a rigorous testing and approval process overseen by the US Food and Drug Administration (FDA).

Before new drugs are tested in people, laboratory and animal testing is required to learn how the drug works, what potential side effects there are, and what dose range might be appropriate for subsequent human testing.

After animal testing, human clinical trials begin, all overseen by the FDA. These trials are basically experiments; testing the study drug in varying doses, monitoring side effects, determining the optimal dose for the next phase of clinical trials.

The FDA requires phase 1, 2, and 3 trials, with the phase 3 trials testing the study drug against an approved drug, enrolling hundreds of patients in a study ranging from a few months to several years, depending on the type of drug.

The timeline for FDA approval is long

This all sounds straightforward, but there is a cost, both in time and money. On average it takes a drug at least ten years to travel from discovery to the pharmacy shelf. The average cost of this journey is $2.6 billion and the odds of making it from start to finish are estimated to be less than 12%.

This is a high risk, high reward venture. If a drug doesn’t earn FDA approval, at any step along the way, the time and money spent are forever lost.

This partially explains the high cost of prescription drugs in the US, priced to cover the cost of bringing the drug to market. But also covering the costs of the 90% of drugs that aren’t approved and providing money to fund the next generation of drugs traveling the long and expensive road toward FDA approval.

High prescription drug costs are currently a hot political and economic issue. Aside from cost is the time to approval. Until and unless a drug is FDA approved, it cannot be prescribed by physicians outside of an official clinical trial.

Those patients suffering from a disease for which there is no effective available treatment must continue to wait and many die waiting. One option is the “Right to Try” legislation signed by the President in 2018, giving terminally ill patients the right to try experimental drugs currently under FDA review but not yet approved.

The caveat is that these drugs haven’t been fully studied and vetted. What if there are serious side effects?

For someone terminally ill with cancer, who has exhausted all other treatment options, this is a moot point. But what about a patient with macular degeneration, for example: a devastating condition which is not fatal? Can corners be cut on the safety side to get such drugs to market sooner?

Should we trade safety for speed to get medications to market more quickly?

There is reasonable concern that the FDA approval process is too rigorous, that it should be shortened to get potentially lifesaving or otherwise important drugs to market sooner.

A recent report in the Journal of the American Medical Association (JAMA) reviewed the past four decades of FDA reforms designed to shorten the time for new drug approval, including expedited reviews, fast track approval, or reducing the number of phase 3 trials required from two to one.

Normally the FDA requires two phase 3 trials for approval, as a confirmation or “double-check” in case the results of the first study are a fluke. Over the past four decades, the number of drug approvals with two such pivotal studies dropped from about 80 to 50%.

The FDA didn’t always have such a rigorous approval process, and in the 1950s tragedy struck in the name of thalidomide. Entering the German market in 1957, it was considered a safe sedative for pregnant women. The drug gained worldwide popularity for insomnia and morning sickness, but without the safety testing that the FDA now requires.

Unfortunately, thalidomide also caused severe birth defects, with thousands of babies born with shortened or absent limbs. The drug was removed from the market in 1962 and Congress passed legislation significantly tightening the approval process, including FDA clinical trials for safety and efficacy.

The solution involves tradeoffs—safety or speed. Every incremental increase in safety requires more testing, meaning additional time and cost. Patients will wait longer for new drug approvals, and the ultimate cost of approved drugs will reflect the additional studies. Physicians will also wait for the next generation of drugs, perhaps longer than they would like, over safety scrutiny in the approval process.

A timely example is the recently approved wet macular degeneration drug, brolucizumab (Beovu, Novartis AG). With a 4% rate of intraocular inflammation in the pivotal registration trials, since release in October 2019 there have been anecdotal reports of occlusive retinal vasculitis, which are of concern to ophthalmologists and are under investigation by Novartis.

The last drug approved for wet macular degeneration was aflibercept in 2011. Ophthalmologists were eager for a new drug, with better efficacy and duration, and brolucizumab appeared to be the answer.

Even with two phase 3 trials, and a safety profile deemed acceptable by the FDA, post-approval concerns have arisen. This is another real world example of balancing safety for a few patients experiencing inflammation against the many more benefiting from the added efficacy of the drug.

For a closer look at the FDA approval process for ophthalmic medications, read our article on lampalizumab and geographic atrophy.

What does this mean for the approval process?

Getting drugs to market faster means relaxing safety surveillance. It’s possible that side effects not seen in a clinical trial of a few hundred patients will become manifest when a drug is on the market and used by a few hundred thousand patients.

Perhaps artificial intelligence and computer modeling will supplant clinical trials, but not anytime soon. The lesson is to be careful what you wish for. Faster drug approval may compromise safety, and vice versa. Like much in healthcare, there are never simple solutions, only tradeoffs. 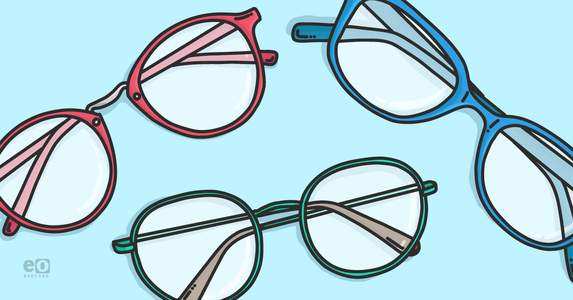 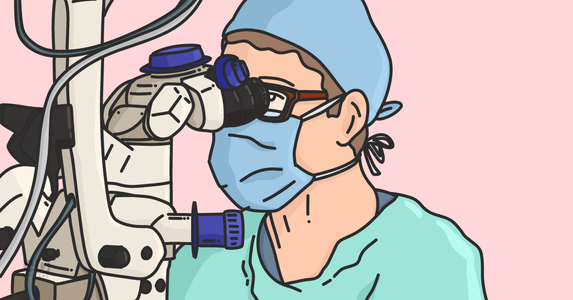 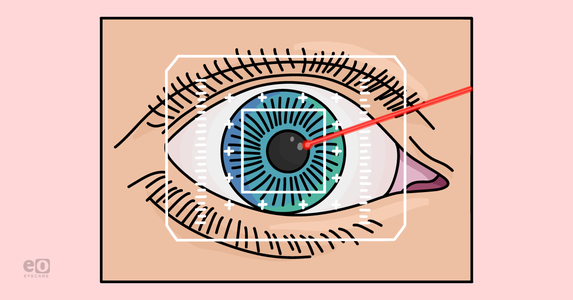