How I Got a Raise in Private Practice 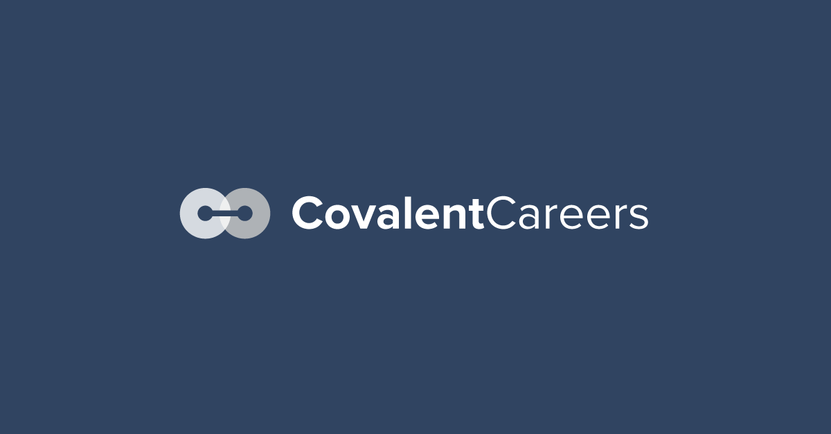 Three years ago, I was being grossly underpaid. I worked for a private practice in a small town, and I loved it; I loved my hours, my commute, the patients, I even loved (most of) my coworkers, and I felt incredibly ungrateful for being so petty as to expect I could have it all: enough money, and a great job.

And so I did nothing, except I racked up credit card debt.

I also paid for my own medical insurance, because my employer didn’t offer healthcare. (Yes. I worked for a doctor who didn’t offer health care. The irony was not lost on me.) And I negotiated lower payments on my student loans, which dragged out the overall time it would take for me to repay them by years, but it made the monthly payments manageable.

At the time (and still) my husband was getting his PhD in English. Not everyone goes to college to make more money; some people want to be educators, and those people spend a lot of time and money getting educated enough to become educators. It’s something he was/is very passionate about, and I have always been very proud of him for it.

Any time I would accidentally let my ongoing financial stress overflow at work, and make a comment about my situation, my bosses would be quick to remind me how it was all temporary, and how once my husband got his degree, we’d be rolling in dough.

Maybe now is a good time to point out that I like my employer, he’s a good person. He gives to charities, donates his time to perform surgery, and we get along very well. I felt, aside from being grossly underpaid, that I was mostly treated with respect. But I was being patronized.

My employer and his friends would reminisce about when they were young, and “ate ramen noodles everyday” as their wives worked and paid their way through medical school. Back when one person could work, and pay for another other person to go to college.

I wanted to scream, “If you know how horrible it is to live like this, why are you doing this to me?!” but I didn’t. Because that was thirty years ago, and time has softened their experiences.

I wish I could tell this story differently. That I woke up one morning, ran to my window and yelled, “I’m mad as hell! And I’m not going to take it anymore!!” then I stormed into my boss’ office, demanded my raise, and got it. But it didn’t happen that way.

This surprised me, because his office was not that much larger than the one I worked for, and I had been led to believe that offering health insurance in a small business such as ours would surely cripple the company.

I had a choice. Or, rather, I didn’t. I knew I couldn’t go on like this forever, and here was my out. It was further away, and the hours would be worse, but I needed to put my future first, and I was burning my future just to be able to live in the present.

But I didn’t want to leave my current job, and I realized I could use this to my benefit to negotiate. I had an offer in hand from a rival office, saying I was worth more money, and medical insurance; it really couldn’t get much better than that.

I knew I was valued in theory. I was a hard worker; obviously I was a desirable employee, since I wasn’t even on the market and other doctors were asking me to come work for them.

“You realize they won’t let you just leave at four o’clock if you have nothing to do, like we do.” She said, in a way that sounded a lot like she added “because you’re so lazy” at the end of the sentence. “And the commute will be horrible. Have you thought of THAT?”

Yeah, I had thought of that. I had thought about it a lot. But I didn’t have a choice. I asked her, if she was offered 25% more money, and medical benefits (which she also did not have, a 44-year-old woman who had worked for this company for over ten years), wouldn’t she have to go?

I then went to the doctor to plead my case. He was also less than thrilled. First, he was unhappy with the other doctor, for trying to steal me away. Next, he felt I was asking too much.

I had to remind him that the numbers I was quoting were being offered to me; I wasn’t making them up, and I even showed him the email. He pointed out the fact that he has a friend who pays his employees even worse than he pays, which made me laugh. Why on earth would he want to be compared with a notoriously horrible boss, who pays his skilled workers literally 50 cents over minimum wage, and cannot get a single person to stay in his office over a year.

And what about the medical insurance? This was a sticking point for me. I was paying $150/month for a plan with a $6,000 deductible. Literally paying for a plan I couldn’t afford to use. This was before health care was required to be offered in certain occupations like it is now, for the moment.

My boss informed me that he was “working on” healthcare for the office and if I was so insistent that this was important to me, even though I was a healthy, childless woman who “didn’t even need healthcare” (more on that later), he would offer to put me on a special plan, as long as I promised not to tell the other employees.

This was MY turn to not be pleased, because I realized, he was bargaining to see how little he could give and still have me stay. I could have had health insurance the whole time I’d worked there if I had told him I would leave if I didn’t get it, but he let me suffer for years, paying my low wages into a useless plan to save himself what ended up being less than one hundred dollars a month.

He told me the other employees probably wouldn’t even want health insurance since they were covered under spouses' or parents' plans, but I insisted. This, in retrospect, was not some valiant socialist victory on my part.

He knew, if the news media was right, he would be forced to offer us health care within the year anyway, and rather than be caught on the wrong side of history, we were all given health insurance within a month. A great plan, with no deductible. In the end, nearly every employee signed up; currently, no one in our office is without health insurance.

Back to that part about being a healthy woman who “doesn’t need healthcare.” This was the second time an employer trotted that phrase out to me.

The time before was 5 years earlier, and I bought it. I settled to be uninsured and I didn’t get routine care for two years. I have benign essential hypertension. I always felt unwell because I wasn’t taking my medication.

Although it’s not considered a major medical condition, it still requires routine follow-ups and medical care, but when it came to having to offer medical benefits, even though it was a known medical problem I had, both my employers had selective memories. I was as healthy as a horse in their eyes. (Funny story, my boss had a horse, and while I was uninsured, that horse had health insurance, but that’s fine. That didn’t grind my gears AT ALL.)

Employers, no matter how good, want to feel like they’re getting a good deal on their employees. They have to balance this desire with the desire to not be seen as slum bosses who perpetuate poverty. Or maybe better said: No one sees themselves, or wants to be seen as the “bad guy.” But they do things to people that translate to bad things.

As for the money, I did not get my 25% raise, rather, I took a small raise to stay with the company I loved, because after doing some math, the small raise, plus not having to pay $150/mo for healthcare, made my life a lot more comfortable.

After a senior employee left a few months later, I was promoted, and given another raise, putting me closer to what I would have made at the other position, and (incidentally) far greater than what they said they could not *possibly* afford to pay me.

I don’t know why they always go there, and to some extent, maybe they do it to my male counterparts, too, but I have learned to simply remind them that my husband does not work for them, and if I have to rely on a second person to supplement my income, that’s an indication right there that I’m not being compensated enough.

Repeat after me: “My husband does not supplement my income. He is not working so they you can pay me less than I deserve.”

I am still underpaid. If I can believe what he tells me, the only man working in our office works a less skilled job than I do, with less experience, and is four years younger, makes close to one third more than I do. In his defense, he negotiates tirelessly for raises every three months.

This has taught me two things.

Next time you’re sitting in a meeting, discussing a possible raise for yourself with your superiors, look around: If you’re the only person in the room who doesn’t own a home, or if their teenaged children drive cars that are nicer than yours, or if you’re the only person who is saving up for new work sneakers, they can pay you more. Do not suffer for the sake of your boss’ private practice, because at the end of the day, they benefit from its success, not you.