Pearls of the Pandemic: Lessons as an Ophthalmic Technician 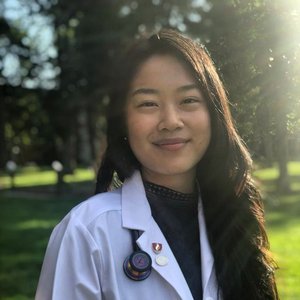 Starting medical school in the midst of a pandemic can feel daunting. Here's what one first-year med student is taking from her experience working as an ophthalmic technician during COVID-19. 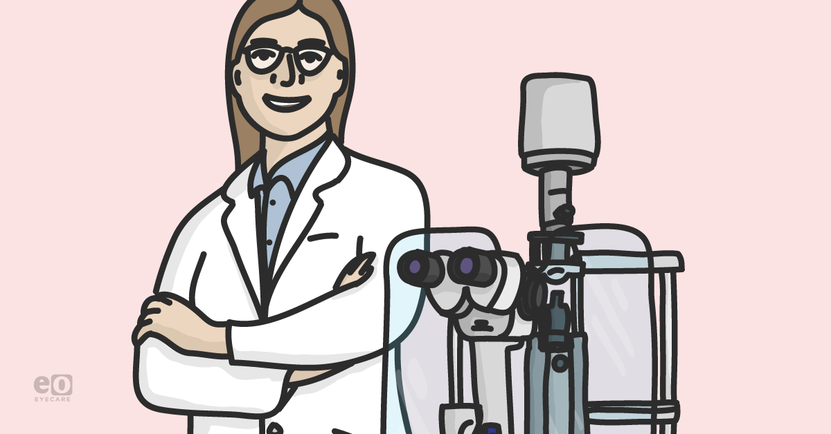 His walking cane trembled under the grasp of his shaking hands. The whirr of his oxygen condenser filled the silence of the office. His white hair looked bright against his black jacket as he sat in a lone chair in the corridor, waiting.

I remember reading the headlines on the subway ride home. Overnight, the city that never sleeps slipped into a chilling dormancy. Between March and June, I continued going to work. There, I experienced the peak of the pandemic through the eyes of patients. Between the empty streets of New York City and the lingering smell of rubbing alcohol, I managed to gather a few valuable insights.

You never know what kind of day people are having. They may have just lost someone. This might be the first real interaction they’ve had with anyone in weeks. The usual “how are you?” had lost its lighthearted charm.

Their long sighs and trailing “well . . . ” were often small invitations to walk through their life with them. I was glad to lend my ear to those that could not hold in their feelings for much longer. We had all lost enough, and for many, the least I could do was give them my time.

This was true for patients, but it also applied to my coworkers, the doctors, and myself.

I used to think that I couldn’t handle grief in large doses, that medicine ultimately wasn’t for me, and that I cared too much. But the pull I felt towards these patients and their stories showed me that my empathy had its place in medicine. Their narratives were what I looked forward to every day. Their words gave me a sense of stability. I like to think that those few moments may have been important to them. But more than anything, it showed me how brave, resilient, and sincere people were during this time.

Courage is a two-way street

The patient in the corridor was the epitome of what it meant to be at-risk.

He had to venture out of the safety of his home and travel to the office. It meant touching doorknobs and elevator buttons. It meant resting his chin on various surfaces for imaging and exams before making the journey home. The potential for exposure may have seemed endless, but for many, these appointments were necessary.

If he was going to look past all the risk and anxiety to arrive for his appointment, I wanted to at least be there for him and patients like him. We had to trust each other. We had to be cautious.

That meant keeping patients completely isolated from one another, moving each person from room to room as part of an elaborate and coordinated flow. It involved holding my breath as I entered the personal space of every patient. It meant waking up every day with the hope that I was still healthy and could continue keeping patients safe.

Sometimes there isn’t a ‘right’ choice

No one knew what to tell me. As cases rose and the number of patients began to dwindle, I began asking for advice. Nothing could be predicted with any amount of certainty. News briefings and medical updates grew with every page refresh. My mind ran in circles trying to play out some of the most likely scenarios. The more I thought through the “what if’s,” the more unsure I became. I was lost in making the correct choice.

But this was not like solving a math problem or answering a multiple-choice question. I had to move forward without knowing the outcome of my actions and how things might have otherwise played out.

The best I could manage was to not get caught up in what could happen. Rather, I focused on how I wanted to be spending my time. In light of this, I made housing, transportation, and lifestyle changes to distance loved ones from me and the potential exposures I might bring home. I prepared for the worst but hoped for the best.

The increased distance from my support systems was hard in the beginning, even if I had chosen isolation to continue working. This responsibility was important to me. I felt that it was the way I could do the most good. Over time, as I got used to all the changes, I still felt that they were worth it.

But the responsibility I valued always came with a lingering fear of the harm I could cause. There was always a risk that I could carry the virus from patient to patient. The patients we continued to see required more intense care and were often older with chronic conditions.

A patient came in with an emergency and was scheduled for surgery that day. As part of the pre-operative protocol, a COVID-19 test was required. I had done their workup and was told that they had tested positive. But they were not the only person I had come into contact with that day. I had worked up multiple other patients, prepared medications, performed imaging. I thought about all the things I had touched in the office after seeing this patient. I worried about the damage that I may have helped carry out.

I was diligent about cleaning and hand-washing before this encounter. The protective measures we were taking had become reflexive for us. Although the muscle memory we had developed ensured a strong sense of safety, being on autopilot had its downsides. I caught myself cleaning equipment or washing my hands for a second or third consecutive time, fueled by fear and an unclear recollection of whether it had already been done.

I viewed my hands with mixed feelings. They played a supportive role in care, yet they were capable of harm. This nervousness was not doing me any favors. But I began seeing this experience as an example of something that could have gone wrong, but didn’t. It reinforced that all the precautions we had taken were working.

It was a matter of reframing the situation. Even though little had changed, it made a dramatic difference in how I felt about what had happened. I was able to move forward with ease, armed with renewed mindfulness.

I gave my first hug in months when saying goodbye to my bosses on my last day. I was fortunate to play a small part in healthcare during this period, and am grateful for the experience I had. As I think back to this period with everything I know now, I can say that I wouldn’t have done anything differently. Although it has only been a few months since I left to start my medical education, I am already missing my days in the ophthalmology clinic. While I am eager to return to the field, I cannot wait to see how this period will reflect on my future as a student and future physician.

Linda Zhang is a first-year medical student at Cooper Medical School of Rowan University with an interest in ophthalmology. Her passion for vision care began with her background in fine art and botanical illustration. She initially began a track towards optometry through a seven-year program before deciding to pursue ophthalmology. Linda has since worked as an ophthalmic technician before her start at CMSRU. 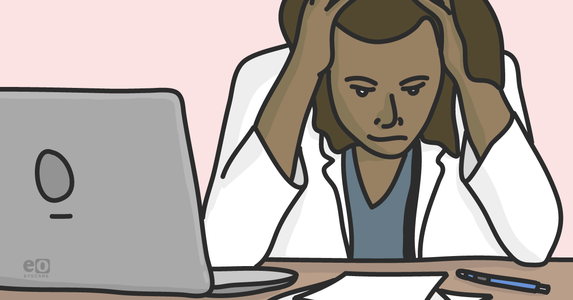 Resume vs. Curriculum Vitae: Which Should Ophthalmologists Use? With Downloadable CV Template 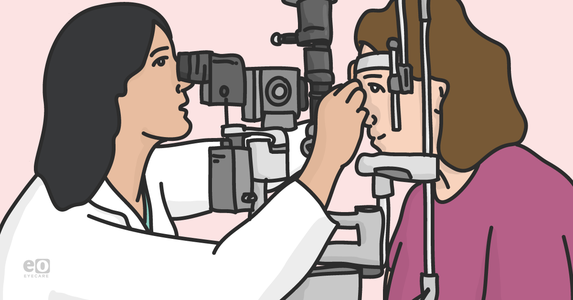 Neuropathic Corneal Pain: The Underlying Cause of Chronic Dry Eye 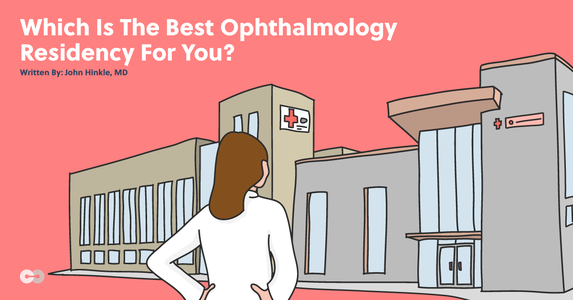 Which Is The Best Ophthalmology Residency For You?