Since 2010, optometry schools in the United States have seen an 11% increase in matriculants, but the number of applicants year over year has stayed essentially flat. Why is this? 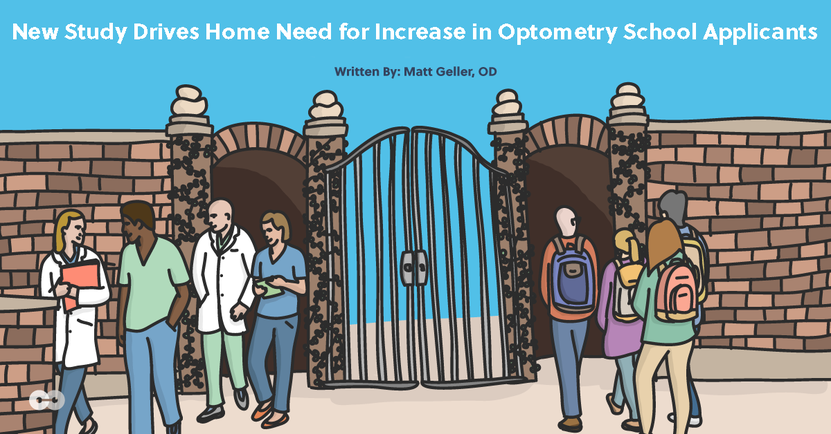 In the CovalentCareers | Eyecare September 2019 newsletter, I noted the 74% acceptance rate of optometry school applications in 2018 and the 8% decrease in the number of applicants since 2017. What could optometrists across the United States do to promote the profession, and turn this trend around?

Prompted by ASCO’s new campaign to attract undergraduate students to optometry, I investigated what other groups and individuals were doing to address this issue. I came across a study from Karla Zadnik, OD, PhD, FAAO and Lewis Reich, OD, PhD, FAAO that was published in the September 2019 issue of Optometry and Vision Science. In this study, “An Analysis of the Optometric Applicant Pool Relative to Matriculants,” the authors analyzed the demographics and academic qualifications of applicants and matriculants (enrollees) to optometry schools from 2010 through 2018.

Since 2010, optometry schools in the United States have seen an 11% increase in matriculants, but the number of applicants year over year has stayed essentially flat. Thus, the ratio of applicants to matriculants has decreased.

Drs. Zadnik and Reich used publicly available data on the grade point averages and Optometry Admission Test (OAT) scores of verified applicants from accredited optometry programs in the United States. These data were accessed through self-reports from the schools and colleges as compiled by the Association of Schools and Colleges of Optometry (ASCO) and the Optometry Centralized Application Service.

Of the 23 US optometry programs covered in the survey, six were established since 2009. The schools and colleges found themselves sharing a flat number of applicants; the pool of applicants did not grow even as programs were added. 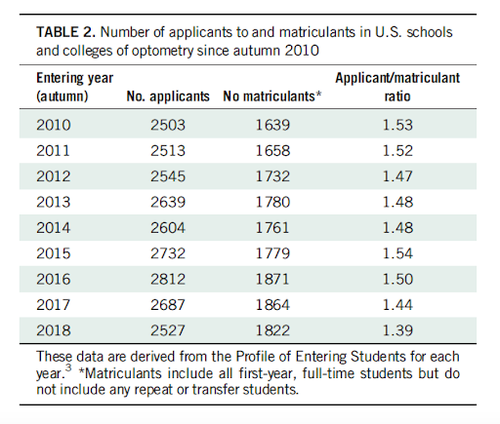 Table 2: From Karla Zadnik and Lewis Reich, “An Analysis of the Optometric Applicant Pool Relative to Matriculants,” Optometry and Vision Science, 96:9 (Sept 2019), page 640. Used with permission. 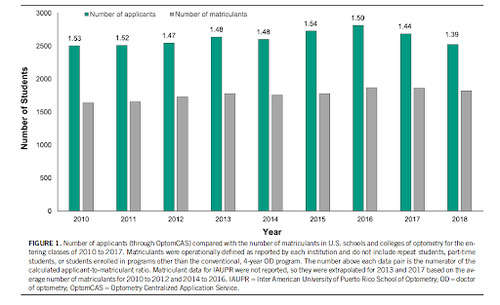 Figure 1: From Karla Zadnik and Lewis Reich, “An Analysis of the Optometric Applicant Pool Relative to Matriculants,” Optometry and Vision Science, 96:9 (Sept 2019), page 640. Used with permission.

The authors go into further detail regarding the applicant-to-matriculant ratio, the average GPA and OAT test scores, what these mean for individual schools and colleges, and offer some further context:

Between the stable scores of applicants and the increase in matriculants year-over-year, Drs. Zadnik and Reich conclude that “the number of qualified applicants to matriculants has logically decreased.”

The study makes no recommendations on policy or action, but notes that this is a crucial conversation that is not unique to optometry—other health sciences have or are currently experiencing similar tensions. In conclusion, the authors write, “Optometric programs must admit students who can succeed in the program, pass their licensing examinations, and become doctors of optometry with the intellectual curiosity and ability to be lifelong learners who can deliver excellent primary eye care and address causes of preventable blindness.”

What can ODs do to increase the number of applicants to optometry school?

So what do I believe that optometrists, practice owners, and others advocating on behalf of the profession can do to address this issue? Quite a few things—many of which are already in motion.

We also have an opportunity to work with community groups to promote optometry to young people. Whenever we discuss practice marketing, I always make sure to suggest that optometrists go out into their communities. This can now serve two purposes: first, attracting new patients to your practice (always a plus), and second, raising the profile of optometry as a career path to driven young people.

Third, we must maintain the standards of education and academic rigor. A rising number of matriculants does no good if they cannot pass their licensing exams and join clinical practice. Furthermore, holding our optometry schools and colleges to the highest standards of education will result in new optometrists joining the profession with a lifelong enthusiasm for education—the kind of enthusiasm that will carry them through the continuing courses we all take and that will drive innovation in the profession.

The Accreditation Council on Optometric Education is working on this by introducing a new standard for accreditation. The requirement is now that “80% of entering students must be (1) licensed to practice optometry or (2) pass all three parts of the NBEO or (3) pass the equivalent Canadian registration examination.” This, of course, can result in tension for students—the maintenance of a program’s accreditation is thus reliant not only on their performance, but the performance of their class and the classes graduating before and after them, as well.

The Zadnik/Reich study is just one example of the amazing work being done by new and experienced ODs to improve this profession and build the tools needed for others to do so.

Check what 761 optometry students had to say about optometry school in the 2022 Optometry Student Report!