Essilor is a major player in optometry and industry, and as such, are subject to major speculation. Here are 6 dispelled myths and 5 truths about them. 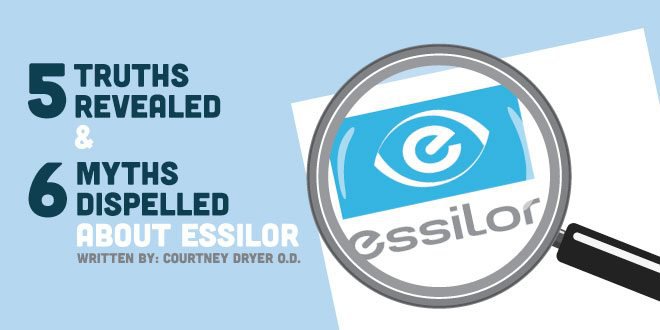 In October, I was given the unique opportunity to visit Essilor USA headquarters in Dallas, tour the facilities, and interview Dr. Howard Purcell.

In the past, I had not been the biggest supporter of Essilor, mainly due to their e-commerce activities, seeming alliances with Eyemed, and acquisition of other competitive retail components.

However, I left Dallas strongly encouraged as the management team at Essilor recognizes the value of both independent optometry and new grad practitioners for the future of both Essilor and our profession.

As managed care companies exceedingly integrate, and private equity exerts its influence on our profession, independent practitioners find themselves squeezed. As independents, we are going to be forced to choose sides.

As new grad optometrists, you may only recognize the Essilor name from donations to your optometry school or their participation in charitable optometric organizations, but the company is striving to lead the profession in "partnership, innovation, and choice."

Their acquisition of Vision Source was in support of this mission.

Although Essilor does own coastal.com, an online glasses retailer, Essilor's main reason for acquiring Coastal was to understand successful e-commerce.

According to Dr. Howard Purcell, Coastal was purchased to learn from an already successful e-commerce site, without having to invest in new infrastructure, and to in turn, share that information with independent practitioners. As the industry changes, it is Essilor's belief, in order to survive, independents will need to provide online retail to their patients.

Market research shows consumers like to research prior to purchasing to make the most informed decision. Eyecare and eyewear products will not be any different.

The ability to interact with your patient base, not only at the time of their yearly exams, but throughout the year will become important.

I worked at a Lenscrafters, and I knew they did a significant amount of Essilor product, which of course, I didn't like. The truth is that the product that Lenscrafters orders is not Essilor's premium Varilux products. Varilux products are not ordered by commercial entities because the cost is so significantly high.

In fact, 80% of their business is from independents.

3. Essilor is a large company out of touch with needs of its customers.

It is true Essilor dominates market share, but the actual management structure is fairly small.

I was able to meet several members of the team. They were all very willing to listen, and interested in knowing the needs of independent practitioners. The team goes into offices several times a year, and will have practitioners visit and even present at their board meetings.

They stressed the desire for doctors to communicate directly with the company, asking  any questions they may have. They are adamant about an open line policy, and to make it easy to get in touch with them.

You can submit your questions and comments to TellHoward@essilorusa.com.

4. Essilor is owned by/will own a managed care company.

I asked Dr. Purcell, “Does Essilor plan to acquire an insurance company?” His response was an assured, “No.”

In 2014, one year into my new practice ownership role, I was given a new contract from Eyemed requiring me to use Essilor labs only for insured patients. Doctors everywhere took this as an indication of Essilor's "involvement" with Eyemed. The fact is business is business. All four leading lens manufacturers bid for this contract with Eyemed, Essilor happened to win the bid.

Along with doctors, Essilor feels the heat of managed care plans. Their profits are being squeezed in the same way as practitioners, and their concerns are consistent with ours. The unanimous concern is preserving independent optometry.

Advances in eye care are propelled forward by independent doctors and by technological advances in both spectacle lenses and in the exam lane.

6. Essilor is "eating up" the industry.

This is my #1 concern for optometry.

In my short career, it seems the number of entities controlling the industry get smaller every day.

This "vertical integration" has put a chokehold on optometry. Essilor plans on many acquisitions in its future. Its mission is "partnership, innovation, and choice." The management team re-asserts its commitment that each acquisition will be made with the 5-10 year future of independent optometry in mind.

Although we all think of lens technology as a science, Essilor is an extremely creative place to work.

The workspaces are open cubicles allowing for discussion and interaction amongst teammates. Each of its scientists are given 20% of their time throughout the week to experiment and work on new ideas. Their walls are covered with patents in frames from these scientists.

2. Essilor is focused on leading the industry in innovation.

Essilor is historically known for their patent technology, whether in progressive lenses or anti-glare treatments. They are first in the industry to announce such things as selective blue-blocking anti-reflective coatings or lenses designed for millennials.

They have several apps in the works to drive our patients back into our practices.

3. Essilor is committed to giving back.

The team at Essilor doesn't like to toot their own horns. In 2008, Essilor created the Essilor Vision Foundation to provide screenings, eye exams, and glasses to children in the Texas area.

Many employees of the company shared with me that this service is the best part of their jobs. Their involvement in their community enforces that the work done on a day-to-day basis, ultimately betters the lives of people.

In August 2015, Essilor made Fortune’s “Change the World” list, where companies are recognized for “doing well by doing good.”

4. Essilor is dedicated to educating the public.

Most do not know, Essilor was the originator of Think About Your Eyes.

The campaign was designed to educate the average consumer on the importance of having an eye exam. Essilor’s advertising for all Varilux and Crizal family products direct consumers into a practitioner's office.

Their newest lens technology, Eyezen™, is designed to educate the millennial emmetrope on the importance of an exam, and how they may benefit from anti-fatigue technology.

5. Essilor is committed to doctors and practices.

Whether through staff education and training with ECP University or brand consultants, Essilor seeks to empower doctors and practices.

As e-commerce expands, Essilor will continue to introduce new technology to advance the independent by improving optical measurement systems and to create online retail sites for independent practitioners.

Courtney Dryer is a 2011 graduate of SCO. She opened 4 Eyes Optometry in her hometown of Charlotte, NC in February of 2013. After 5 years, the practice name was changed to Autarchic Spec Shop to renew the practice's commitment to independent optometry. In addition to consulting with new graduate optometrists on start-up practices, she contributes regularly to New Grad Optometry and has guest blogged for Invision Magazine. The unique design of her boutique practice was featured in Women in Optometry. In 2015, Vision Monday named her a Rising Star, and one of the most influential women in optical. 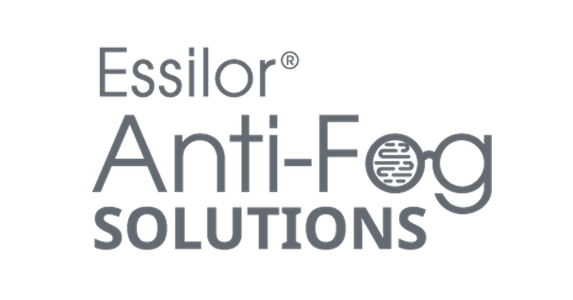 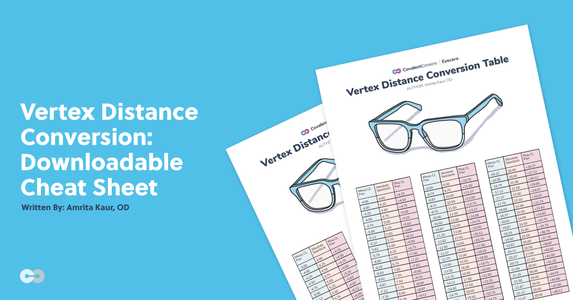 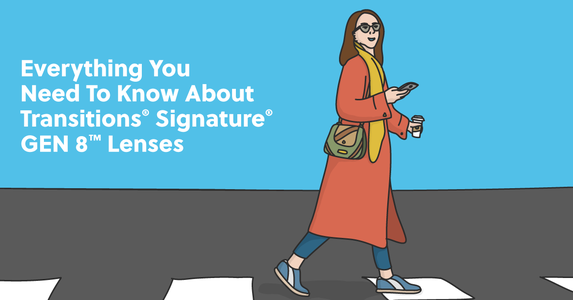 Everything You Need To Know About Transitions® Signature® GEN 8™ Lenses